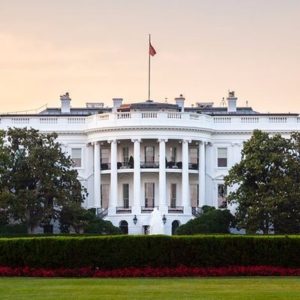 Leading institutional investors remain committed to the Paris climate change accord despite Donald Trump’s announcement that the US will withdraw from it. Here is a summary of some of the key reaction to a decision that has been widely condemned across the sustainable finance world.

ERAFP’s Philippe Desfossés: “Unfortunately, it’s proof that you can self-inflict harm on your own economy. Nevertheless we think that big companies will keep in investing in the future and the transition and we hope that we’ll be able to maintain the momentum.” Link

Goldman Sachs CEO Lloyd Blankfein, in his first ever tweet, said: “Today’s decision is a setback for the environment and for the U.S.‘s leadership position in the world.

Lisa Woll, CEO of US SIF, The Forum for Sustainable and Responsible Investment – the SIF most immediately affected – said it was “unequivocally the wrong decision and may lead to catastrophic harm to the environment, our country’s international reputation, and progress towards a vibrant, innovative and low carbon economy”.

The Australian Council of Superannuation Investors’ Louise Davidson: “ACSI members are already investing to support a transition to a low carbon economy. The Paris Agreement is key to ensuring investors have the confidence to continue to support this transition.”

Simon Howard, UKSIF: “Despite President Trump’s foolishness our members will continue to take the sensible, practical steps that are seeing finance play a growing role in fighting the crisis.” The membership of the Global Sustainable Investment Alliance, the umbrella body of social investment forums, was “united in condemning this action by the US Government”.

Moody’s said the decision wouldn’t stall global efforts to reduce carbon emissions “given that robust institutional and private sector momentum – including technological advancements – will continue to drive sustainable and climate agendas forward”. Policymaking at a state and local government level would also play an increasingly important role in fulfilling national climate commitments, including in the US. “As such, the effects of carbon transition will continue to have material credit implications for rated entities in a number of industrial sectors globally.”

Carbon Tracker CEO Anthony Hobley: “Our assessment is that this move will not stop the low carbon transition. However, it may give fossil fuel companies and some investors a false sense of security, if they double down on existing strategies, instead of adapting to the rapid ongoing shift.”

Aviva Investors’ Steve Waygood: “As a global investor and insurer, we urge governments to look forwards to a carbon neutral economy and not backwards to a fossil fuel past.” The decision “implies financial and economic loss for the international community, as well as the US”. But it doesn’t equate to the unravelling of the Paris accord. “Markets can move ahead with clarity on the US position. The European Union and China have also indicated that they are ready to step up and provide leadership that will hopefully fill any vacuum.”Al Gore: “This is a reckless and indefensible move. It undermines the standing of our country and threatens the ability of humanity to solve the climate crisis in time. But make no mistake about it, if President Trump will not lead this struggle, the American people will — CEO’s, civic leaders, mayors, governors, average citizens — we’re in the middle of a clean energy revolution now that is unstoppable. We are going to solve the climate crisis, no matter what President Trump does.” Link

The Institutional Investors Group on Climate Change: “It is now paramount that those nations who can lead on climate action signal an unequivocal intent to uphold the Paris Agreement when they gather again for the G20 Summit in July.”

Ceres’ Mindy Lubber: “Ignoring the new low-carbon global economy and instead hitching our future to outdated fossil fuel investments is a huge blow to American competitiveness and a major threat to the nation’s economic and job growth.”

As You Sow: “We believe this decision will go down in history as the most significant failure of a sitting President. Investors, the financial community, and leading companies worldwide recognize the extreme and growing risk of a warming climate to a profitable and stable economy, not to mention a healthy, living planet and its people.”

Oxfam International’s Winnie Byanyima: “The world’s biggest historic emitter walking away from its climate change commitments is gravely unjust, but we must respond by redoubling our efforts.”

ClientEarth’s Jonathan Church: “An act of global environmental vandalism that has the potential to do great harm to current and future generations.”

Michael Bloomberg said his Bloomberg Philanthropies would commit up to $15m to help fill the gap left by the US backing out of its commitments to the UNFCCC. Bloomberg, who is the UN Secretary-General’s Special Envoy for Cities and Climate Change, said: “Mayors, governors, and business leaders from both political parties are signing onto to a statement of support that we will submit to the U.N. – and together, we will reach the emission reduction goals the United States made in Paris in 2015.”

AXA Investment Managers’ Matt Christensen: “In the mid-term, we believe this decision is more symbolic than material. We also think that most of the negative impact from this decision will be on the US itself and not so much on global climate action, which should keep its momentum regardless. The US may be surprised to find trade negotiations more difficult as an outcome of this action.” Christensen outlined the following scenarios:
1) Withdrawal from the Paris Agreement:
“According to Article 28, parties can withdraw from the Agreement four years after it has become effective for that specific party. The withdrawal by a certain party does not affect the Agreement in any way. The US ratified the Agreement in September 2016 and it became effective on November 4, 2016. This means the US could give notice of their withdrawal from November 4, 2019 onwards. President Trump needs to do so by executive order as Obama ratified the Paris Agreement by executive order.”

2) Withdrawal from the United Nations Framework Convention on Climate Change (UNFCCC):
“The Paris Agreement is a sub-treaty of the UNFCCC and was negotiated and agreed by all 197 parties to the main UN climate treaty. The US is part of the UNFCCC and could withdraw entirely from the Convention which would automatically mean withdrawal from all sub-treaties. Withdrawal from the UNFCCC must be done in the same way – i.e. formal notice three years after the Convention becomes effective which was on 21 March 1994. Therefore any party may withdraw at any time by giving one year’s notice. We think this option is likely to require support from Congress.”