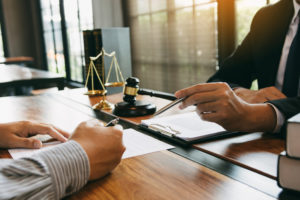 Organisations that have benefited directly from the development of global audit and ethics standards – including investors, regulators and stock exchanges – should be asked to pay for them, global regulatory bodies said on Friday.

Members of the Monitoring Group – which is responsible for the overall governance of the international audit and ethics standard-setting system – argued that market stakeholders have largely outsourced these standards  “because they do not have to invest their own resources” for their development, and to ensure comparability and consistency.

“However, for the system to fully serve the public interest, financial responsibility must be shared by all stakeholders, including investors, regulators, stock exchanges, national standard-setters and auditors,” said the group’s members, which include the Basel Committee, the Financial Stability Board, the European Commission and global regulatory body IOSCO.

Currently, accounting ethics standards – including auditor independence requirements – are issued by the International Ethics Standards Board for Accountants (IESBA), while assurance and quality control standards are provided by the International Auditing and Assurance Standards Board (IAASB). Oversight of both standard-setters are conducted by the Public Interest Oversight Board (PIOB), a global body formed in 2005 in the wake of a series of high-profile corporate scandals.

All three bodies are funded by accounting practitioners through the International Federation of Accountants, although this is true for only a portion of the PIOB budget. The shortfall is made up primarily through contributions from governments, international development institutions and other stakeholders.

Crucially, the Monitoring Group has suggested that making funding “independent from the accountancy profession” would be key to securing the “independence and credibility” of the POIB, and similarly for both the IESBA and IAASB.

The group has presented its proposal for a diversified funding model in a new paper, which includes suggestions that it be accompanied with “appropriate independent oversight” of the IAASB and IESBA’s standard setting process.

The group – which also has overall responsibility for the PIOB’s budget – indicated in 2020 that it would begin conducting “outreach with stakeholder groups to seek commitments on funding for the PIOB” with the goal of reducing contributions from accountants to less than half of the body’s overall budget.

Auditors are expected to play an increasingly prominent role in signing off on sustainability-related disclosures under upcoming disclosure standards, which regulators hope will bring some consistency to a fragmented reporting landscape. The most immediate example is the risk-based disclosure framework developed by the International Sustainability Standards Board (ISSB), which was published last week. Corporate reporting rules are also currently under development by the EU.

Both standards will require sustainability reports to be subject to third-party review.

Separately, an ISSB spokesperson told RI that the body will now “turn its attention” to selecting other members of its board after the process was put on hold to make way for the launch of its draft standards. Prior to this, ISSB had said it would begin conducting applicant interviews in February following the appointment of its chair and vice chair.