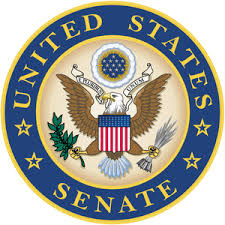 The group of international investors campaigning to support Section 1502 of the Dodd-Frank Act has made its voice heard at a hearing of the US Senate, which they regard as a new orchestrated effort by the Trump administration to repeal the conflict minerals disclosure rule.

The Senate Committee on Foreign Relations’ Subcommittee on Africa and Global Health Policy heard three witnesses this week to check on the progress made on the DRC region, with a particular focus on the rule implemented by the SEC.

Lauren Compere, Managing Director of Boston Common Asset Management, told RI that because there was no investor representation at the hearing, the group (which represents $3.75trn in assets) has submitted written testimony to brief the Senate.

According to Compere the hearing is “part and parcel of Trump’s broader mandate to unravel regulation” and a new front for the Republicans’ battle against the conflict minerals rule.

She quoted reliable sources “in the trenches” of Congress who report that “Republicans just want an outright repeal, similar to what they did already with [Section] 1504”, the sister disclosure rule on payments to foreign governments by extractive companies (link).

Compere said the group sees a number of factors putting pressure on Section 1502. Two of them are the “unilateral” consultation put out by Acting Chairman of the SEC Michael Piwowar, which ended on March 17, and the leaked executive order draft suspending the rule in early February.

A third one is the recent consultation issued by the State of Department “to inform recommendations of how best to support responsible sourcing of tin, tantalum, tungsten and gold”. The consultation ends on April 28.

Compere added: “It’s really hard to say that they are not coordinated in some way. It’s all coming out of Washington, I would say.”

A spokesperson for the Senate Committee told RI that, so far, the hearing is a one-off session to inform policy, although it’s upon the Committee to decide if more testimonies are needed.

On Wednesday, the three witnesses were Rick Goss, Senior Vice President, Environment and Sustainability at the Information Technology Industry Council; Mvemba Dizolele, Lecturer at the School of Advanced International Studies of Johns Hopkins University; and Arvind Ganesan, Director, Business and Human Rights at Human Rights Watch, who firmly supported Section 1502.Dizolele, however, said the rule should be folded and discontinued as it has created severe unintended consequences, and it would have only been effective as part of comprehensive political reform.

As well as creating a de facto boycott on otherwise legitimate mining products, Dizolele claimed that Section 1502 has enabled neighboring Rwanda “to launder and certify mineral sources from the illicit and illegal trade in Congo and export them as Rwandan products.”

Dizolele emphasized that the sources of the problem in DRC are political and “rooted in blatant violation of democratic principles by the Kabila regime, bad governance, mismanagement of resources, and incompetence.”

Goss’s testimony represented a half-way house position close to what it’s called “repeal and replace” — as opposed to an outright repeal.

He referred to the “mixed success” of Section 1502 in preventing armed groups from exploiting “certain” minerals but not all sources of illicit funding.

At a time when the EU has passed its conflict minerals regulation establishing compulsory due diligence for importers, Goss stressed the international dimension and interconnectedness of the issue in his testimony:

“Other geographies will almost certainly impose regulations on US companies, causing a potential disruption […] due to inconsistent or conflicting requirements. ITI represents global companies, and the importance of private sector due diligence related to conflict minerals will not recede if Section 1502 is stayed or repealed.”

Goss suggested removing the requirements that could have increased costs or could have discouraged progress in the DRC region.

“The most punitive provisions include the independent private sector audit, the preparation and formal submittal of the Conflict Minerals Report to the SEC, and the need to characterize products. These obligations result in costly paperwork and duplicative due diligence exercise that generate little or no benefit in the impacted region.”

Compere reiterated that these concerted efforts to repeal Section 1502 are unfunded and misinformed and that there is evidence to support the progress made thanks to the rule.

“Now is not the time to repeal and replace but to enforce and replicate 1502 to drive responsible manufacturing and empower local communities in conjunction with necessary government diplomacy and economic development activities,” Compere wrote in her testimony.