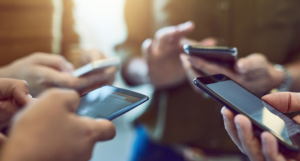 Companies in the technology sector, including Alphabet and Apple, are increasingly being questioned by investors about their responses to human rights violations in Myanmar, RI understands.

In February the nation was subject to a violent coup led by its military, which has resulted in democratic institutions and processes being shut down, media outlets closed, elected political leaders arrested, pro-democracy protests suppressed and civilians killed.

The junta’s actions have been met with international outcry, with sanctions being implemented by foreign governments. Most recently, the UK, the United States, and Canada announced additional sanctions against the Myanmar military for the “continued suppression of the civilian population and for serious human rights violations.”

It has also triggered a flurry of investor engagement with companies with business activities in or with links to the country. An industry which is increasingly the target of investor questions is big tech.

Now, some members of the group are honing in on technology companies and are in early-stage discussions with Alphabet and Apple, RI understands.

Pia Gisgård, Head of Sustainability and Governance at Swedbank Robur, told RI that it is a support investor in the dialogue with the two tech giants.

“Regarding Alphabet we have been informed that they have taken action, [such as] disabling accounts on Google services and You Tube that were related to the military in Myanmar. In the ongoing company dialogue with Alphabet, they have also emphasised that their priority is to help people in Myanmar access information and communicate safely,” she explained.

Lauren Compere, Director of Shareholder Engagement at Boston Common Asset Management, confirmed to RI that it is the group’s lead investor on Apple. Although initial contact has been made, no response has been received. “As lead I will follow up to encourage a response,” she said.

She added, however: “We have not prioritised engagement with these companies given that we are engaging some of the same companies [this also includes Apple and Alphabet] on their exposure to Xinjiang and overarching digital human rights issues but do plan to follow up ahead of year end.”

According to Google: "We have taken action against accounts on our platforms in accordance with our policies and applicable laws, including disabling accounts on Google services and taking down a number of YouTube channels and videos related to the Myanmar military. We continue to actively monitor our platforms to prevent bad actors looking to abuse our network for profit. We will follow and act according to relevant Government sanctions decisions as they evolve."

Apple had not responded to RI’s requests for comment at the time of publication.

The engagement with Apple and Alphabet comes as Meta/Facebook is increasingly under pressure from Rohingya refugees and activists. On 9 December, 16 Rohingya complainants assisted by Victim Advocates International filed a “specific instance” against Meta at the Irish NCP, relating to “activities and omissions of Facebook related to its services in Myanmar in 2017”. Rohingya refugees in the UK and US have also this month taken action against Meta.

Meta has said it plans to ban all Myanmar-military controlled businesses from having a presence on its platforms.

Investors are also concerned, with Canadian asset manager NEI Investments’ Director of ESG Services Michela Gregory telling RI it has been engaging with Facebook more broadly for more than five years due to serious concerns about how the company monitors, identifies and responds to human rights risks.

The UK’s Local Authority Pension Fund Forum (LAPFF) also told RI it has “consistently raised concerns about Facebook’s approach to human and civil rights, alongside broader corporate governance issues.” It added specific concern has been raised in relation to the violence against the Rohingya in Myanmar, saying this, and other incidents, “fit uneasily with LAPFF’s notion of a responsible company”.

The fund added it has supported shareholder proposals in previous years for Facebook to appoint a human rights or civil rights expert to the board to help address these concerns.

When approached for comment by RI, a Meta spokesperson said: “We’re appalled by the crimes committed against the Rohingya people in Myanmar. We’ve built a dedicated team of Burmese speakers, banned the Tatmadaw, disrupted networks manipulating public debate and taken action on harmful misinformation to help keep people safe. We've also invested in Burmese-language technology to reduce the prevalence of violating content. This work is guided by feedback from experts, civil society organizations and independent reports, including the UN Fact-Finding Mission on Myanmar’s findings and the independent Human Rights Impact Assessment we commissioned and released in 2018.”

Previously, RI explored how responsible investors are balancing their growing exposure to tech firms, alongside some of their many ESG risks.

And Silicon Valley-based companies are not the only tech firms under scrutiny because of the situation in Myanmar. Danish pension fund P+ is engaging with Indian technology company Infosys, on “problematic business and/or financial ties to the military regime.”

Speaking broadly on its engagement work in Myanmar, a spokesperson said: “As of 1 October, our efforts since May have resulted in initial contact to several companies from which we are awaiting replies, we have established dialogue to companies that we were not previously in dialogue with on the issue of Myanmar, as well as collected new information from companies that we were previously in a dialogue with regarding their presence in Myanmar.”

The company has also been on PKA’s observation list, meaning the Danish pension fund is “in the process of analysing for possible violations of our Responsible Investment Guidelines”.

When RI asked for an update on the engagement work with Infosys – as well as other companies on its observation list due to Myanmar – the spokesperson said: “Since the dialogue is still ongoing, we do see a certain level of cooperation. However out of respect for the process we can’t disclose any details of the dialogue, and it is too early to conclude anything yet.”

When contacted for comment, Infoysys pointed to a statement issued earlier this year “when we terminated business relations with Myawaddy Bank [a commercial bank in Myanmar] via email on 30th March 2021.”