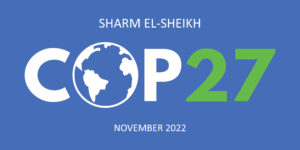 Last November, the financial sector turned out in force for COP26. Despite stringent covid restrictions, investors and bankers – including, for the first time, many big US names – flocked to Glasgow to engage with policymakers and affirm their commitment to net-zero.

Earlier this year, some in the industry were predicting an equally strong showing for COP27. One banker told Responsible Investor in June that colleagues and contacts had “skipped Davos” to go to Sharm El-Sheikh, while in May another market participant reported a rush to secure accommodation in the Red Sea resort.

With less than a month to go, however, the likelihood of a good turnout in Egypt by the financial sector – and particularly the investment community – seems to be getting lower.

In conversations with investors and industry associations, RI struggled to find more than a handful of firms that would commit to plans to attend. Of those that do intend to go, most are only sending a team of two or three.

One leading industry figure summed up the prevailing attitude: “Everyone’s on the fence at the moment. People don’t want to go, for obvious reasons.”

Of these, the most obvious is the carbon footprint of both flying to and staying in Sharm El-Sheikh. As one asset manager whose firm will not be represented in Egypt put it: “The fact that it’s not the lowest-polluting place in the world is definitely a contributing factor in our decision.”

Others also pointed to the repressive nature of the Egyptian regime and reports that various civil society groups, including local NGOs, will be prevented from participating fully in events.

These reservations might have been overcome, however, if there was more conviction that COP27 will be as relevant for the private sector as its predecessor.

While the first day of the conference following the world leader’s summit – Wednesday 9 November – will once again be dedicated to finance, as in Glasgow, the expectation is that this year’s COP will offer less value for bankers and investors.

Again, this is partly due to the venue. As one market participant put it: “COP26 was in a country that is a world-renowned leader in financial services, has a huge private sector, and is in the G7. It was always going to be a good convening point for the private sector.”

Leaving aside its authoritarian tendencies, the Egyptian government clearly does not have the same resources or connections as its UK equivalent.

The focus of the conference is also expected to be more relevant for policymakers and the public sector than for financial institutions.

The phrase generally used to describe Sharm El-Sheikh ahead of time is an “implementation COP”. As My-Linh Ngo, head of ESG at BlueBay Asset Management, explains: “More ambitious climate pledges were deferred from COP26 until this one, and more work is needed this year to flesh out those areas where commitment was secured.”

Franck Gbaguidi, a senior analyst from Eurasia Group, contrasts expectations with this year for those for COP26. “Investors showed up and showed out in Glasgow because it was an ‘announcement COP’ with key implications for their portfolios and long-term outlooks,” he says.

“COP27 was always meant to be an ‘implementation COP’ – a platform for governments to provide more details on their climate roadmaps, to report on progress towards existing targets, and ideally revise them upwards, as well as address items that were not fully covered in Glasgow, such as ‘loss and damage’.”

Abrdn’s head of sustainability insights and climate strategy, Eva Cairns – who will be in Sharm El-Sheikh – also stresses the importance of climate justice as a topic for COP27. “Developed nations need to provide the necessary and promised climate finance for climate mitigation, adaptation and loss and damage for the most vulnerable, developing countries,” she says.

While critical for the global energy transition, this is seen as having – at present – less relevance for the private sector. “It is vital for this COP to focus on the challenges and needs of developing countries,” says one investment professional, “but it means we probably won’t have the same focus on private finance and corporates as at COP26.”

There are also fears that, even on the policy side, COP27 may disappoint. Several market participants shared their concerns with RI that the war in Ukraine, the resulting energy security crisis, and rampant inflation have pushed climate down the agenda.

“It is not top of mind for policymakers like it was last year,” said one, adding: “That will also affect investors.”

A briefing document prepared by a sustainability-focused PR agency for its clients – and seen by RI – includes a section on areas where the “level of ambition in Egypt” will likely fail to match that in Glasgow and warns that Parties “may use current crises as excuses to water down ambition”.

Similarly, the promised focus on the developing world looks set to polarise opinion. As Gbaguidi notes: “There a growing divide between industrialised nations and emerging markets on adaptation finance.”

Waning enthusiasm for living up to commitments made at COP26 may not be limited to the public sector.

Several financial sector firms are understood to be reconsidering their membership of the Glasgow Financial Alliance for Net Zero (GFANZ). Rumours have been swirling since the summer that leading US banks may leave the Net Zero Banking Alliance this year, while Australia’s Cbus Super recently announced plans to quit the Net Zero Asset Owner Alliance.

This change of heart has been variously attributed to the increasing burden of disclosure associated with GFANZ membership, the risk of being accused of greenwashing by regulators if commitments are not met, and fears of falling foul of climate-related litigation.

US firms are said to be particularly concerned by right-wing claims that membership of organisations such as GFANZ could constitute acting in concert, as well as by the possibility of being sued under a swathe of new state-level anti-ESG legislation.

As Gbaguidi notes, this may understandably be affecting enthusiasm for making the trip to Egypt next month.

“COP27 will be an opportunity to take stock of the progress made by GFANZ since its launch last year,” he says. “With the ongoing chatter and media interest around recent and potential exits, financial institutions that are considering leaving will most likely not see their physical presence in Sharm el-Sheikh as a priority.”

If an additional disincentive to travel were needed, it has been provided by the logistics of attendance at COP27.

Early promises by the Egyptian government of a cap on accommodation rates were rescinded in September, resulting in sizeable price rises for many bookings, while more recently hotels have asked for full payment in advance to secure rooms.

Given all of this, it is perhaps unsurprising that turnout is expected to be so low – although one investment professional says there could yet be a last-minute show of support. “People are waiting to see if there are any interesting meetings,” they said. “If so, they might go out for a couple of days.”

It seems likely, however, that some will save their budget – and carbon emissions – for COP15.

As enthusiasm for COP27 has waned, interest in its biodiversity equivalent – now scheduled to take place in Montreal in December – has surged. Multiple investors, bankers and other market participants have confirmed to RI that they plan to travel to Canada, despite reports that the hoped-for “Paris moment” for biodiversity may not materialise.

“The investor community now has a sound understanding of the climate agenda and is therefore increasingly focused on making sure it reaches the same level of know-how, practical experience, and policy influence when it comes to nature,” says Gbaguidi.

Will COP27 build on the achievements of Glasgow or will it disappoint? If you would like to share any thoughts on the climate conference with RI’s editorial team, please contact us at edit@responsible-investor.com. All communications are confidential.