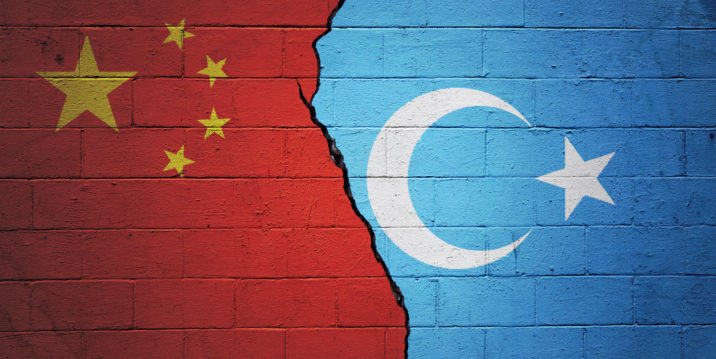 In the Xinjiang region of western China, a crackdown on what the Chinese government describes as separatist terrorism has escalated into one of the most drastic campaigns of state repression seen in modern times.

Human rights groups report that more than one million Uyghur Muslims and other ethnic minorities have been incarcerated in “re-education” or “vocational training” centres since “counter-extremism” efforts intensified in 2017. Accounts from former detainees suggest that torture and rape are widespread in the detention centres.

Severe abuses are also reported outside the gates of the prison camps. A report published by the UN High Commissioner for Human Rights (OHCHR) in August warned that “coercive enforcement” of family planning policies has caused the birth rate to plummet in Xinjiang.

The OHCHR report, which also raised concerns over intrusive mass surveillance and other human rights abuses in the region, concluded that the Chinese government may have committed crimes against humanity against the Uyghur population. Some NGOs, along with lawmakers from several countries, have gone further, accusing the Chinese government of genocide.

Of particular concern for investors is the widespread presence of forced labour in Xinjiang, both inside and outside detention centres. The region is one of the world’s most important areas for cotton production, creating huge headaches for global apparel brands.

Xinjiang is also a major source of polysilicon, a key material used in solar panels. Several companies attempting to import solar panels into the US have seen their shipments impounded by customs authorities over the past year as a result.

There is little doubt that many investors remain exposed to Uyghur forced labour. A report published by Sheffield Hallam University and the NGO Hong Kong Watch last month alleged that 13 companies with documented links to state-sponsored labour transfers or repressive surveillance against minorities in Xinjiang appear on the MSCI Emerging Markets Index.

Subsequent analysis by Responsible Investor also found that 26 funds classified as Article 9 under the EU SFDR have holdings in at least one of the companies named in the Sheffield Hallam report.

The myriad ways in which Xinjiang is entwined in supply chains across multiple sectors, as well as China’s considerable economic and political leverage, puts both investors and corporates in a difficult position as they seek to raise concerns with Chinese business partners.

“Engaging with Chinese companies is a tough one because Chinese companies are in a very delicate position themselves and no one wants to put a company in a position where they are going to fall foul of their own laws,” says Anita Dorett, director of the Investor Alliance for Human Rights.

The Investor Alliance is helping to co-ordinate investor efforts to engage with companies that have value chains connected to abuses against the Uyghur population. At least 52 institutional investors have joined the engagement effort – but the majority have chosen to remain anonymous.

“It’s still important to have those conversations,” says Dorett. “I think Chinese companies need to hear that investors are concerned about these issues and are asking the questions.”

Swedish fashion retailer H&M was removed by Chinese e-commerce platforms in March 2021 after a company statement that raised concerns over the treatment of Uyghur cotton pickers provoked a furious backlash. Several other brands also faced calls for a consumer boycott within China. Inevitably, this had a “chilling effect” on corporates and investors taking a public stand against human rights abuses in China, warns Dorett.

It is difficult to quantify the direct financial costs for the companies concerned, but H&M’s annual report shows that it suffered a 25 percent drop in net sales from China in 2021. During the same period, its global net sales grew by 6 percent.

Part of the problem for corporates stems from the difficulty of assessing labour conditions in China, and particularly in Xinjiang. Conducting on-the-ground due diligence to verify that suppliers are complying with labour standards is unfeasible in conditions where the government itself is responsible for the abuses.

Guidance produced by the Investor Alliance in 2020 warns that the media and civil society are prevented by the local authorities from gathering information on the conditions of the Uyghur population. The guidance quotes Nury Turkel, chairman of the Uyghur Human Rights Project: “Simply put, it is impossible to conduct normal due diligence to determine whether a particular facility is producing goods with forced [labour].”

The Better Cotton Initiative, an assurance scheme that seeks to improve working conditions in the sector, suspended its activities in Xinjiang in March 2020 after concluding that it was no longer possible to offer “credible” assurance in the circumstances.

In the absence of on-the-ground due diligence, the Investor Alliance guidance says the only option for investors is to consider any company operating in Xinjiang to be tainted with forced labour.

The same approach is taken by the US Uyghur Forced Labour Prevention Act (UFLPA), which was passed in December 2021 and entered into force in June. The UFLPA modifies existing legislation from 1930 that prohibits goods made with forced labour from being imported into the US by introducing the presumption that goods from Xinjiang have been made with forced labour.

The UFLPA has been a “game changer”, says Dorett. The ban on importing goods made with forced labour means that companies – especially in high-risk sectors – must be able to prove the origin of their products or risk having the goods impounded by US Customs and Border Protection.

Indeed, Reuters reported in October that more than 1,000 shipments of solar panels had been impounded since the UFLPA took effect, primarily affecting three major suppliers suspected of benefiting from forced labour.

With the UFLPA beginning to bite, Dorett says the next step is for companies to go beyond the US legislation and adopt a global approach to preventing forced labour in their supply chains.

Her message to companies is: “We’re asking you now to have a single global standard that’s pegged to what’s required under the Uyghur Forced Labour Prevention Act. It can’t be that because you can’t bring it into the US, you use other countries as the dumping ground.”

A more harmonised approach across jurisdictions does look to be on the horizon. The European Commission published a legislative proposal in September that would ban goods produced using forced labour from being sold in the EU market.

This regulation would be global in scope, but in practice enforcement is likely to focus heavily on goods produced in Xinjiang, or by Chinese companies accused of using Uyghur forced labourers in other parts of the country.

Not everyone is excited about the prospect of the EU forced labour regulation. Neil McMillan, senior counsellor for political affairs and strategy at retail industry association EuroCommerce, accuses the Commission of rushing through a flawed proposal. “There was no consultation on it, no impact assessment, and as a result it looks hurried – and it is hurried.”

McMillan says that aspects of the forced labour regulation would overlap with and contradict other upcoming EU rules. He notes that the regulation contains no exemptions for small businesses, unlike the proposed corporate sustainability due diligence directive. This would require only companies with more than a certain number of employees to assess potential impacts on human rights and the environment in their supply chains.

While not disputing the need in principle for tighter regulation of forced labour in supply chains, McMillan argues that voluntary schemes in garment manufacturing “have not worked badly”. He adds that the risk of reputational damage is often sufficient to compel companies to act.

Whether or not more jurisdictions do ultimately enforce their own versions of the UFLPA, the swirl of accusations around the use of Uyghur forced labour illustrates a deeper problem. The reality is that sophisticated multinationals very often have limited visibility on or control over their own supply chains.

Shelly Heald Han, chief of staff at the Fair Labour Association, a US-based non-profit that seeks to improve labour rights, says investors need to put pressure on their investee companies to carry out much more comprehensive mapping of their supply chains.

“A lot of the goods coming from Xinjiang are in the deeper tiers of the supply chain,” she says, “and most companies have not got to the point where they really understand the upstream part of their supply chain.”

In the apparel sector, for example, Heald Han says brands may have relationships with the mills that supply garment manufacturers, but very few have visibility beyond this level. While some companies have begun to make good progress, the effort needed to make sense of multilayered supply chains should not be underestimated, she adds.

“It takes a lot of time and resources,” says Heald Han, who emphasises the need for investors to demand that boards and senior executives make supply chain transparency a priority. “That’s where the top-level commitment comes in – because they do need money to do this.”

There are positive signs that companies are beginning to invest more substantially in traceability systems. Shameek Ghosh, CEO of TrusTrace, a company offering traceability technology to the fashion industry, says regulations such as the UFLPA are “sending a message to fashion brands to get better control of the entire supply chain”.

“We see ultra-large brands with big market shares such as Adidas looking for technical solutions that can help them process supply chain transparency and traceability data at very large volume and scale,” he says. “The bigger the brand, the more complex the network, which means the more scattered data in the supply chain that needs to be aggregated to prove countries of origins and product claims.”

Supply chain transparency may in fact emerge as one of the next big items on investors’ ESG agendas.

The expected passage of the EU due diligence directive – potentially as early as 2023 – will add to the pressure on corporates to thoroughly assess risk factors in their supply chains. As well as regulatory penalties, continued reports of complicity in serious human rights violations, such as forced labour, pose an obvious risk to company valuations.

As for the situation on the ground, it is hard to say with any confidence that the extent of repression in Xinjiang is beginning to lessen. It is even harder to draw a causal link between the UFLPA, or voluntary action taken by corporates and investors, and a reduction in labour rights abuses in the region.

“Are Uyghurs better off today than they were two years ago?” asks Heald Han. “I would say no.”

Nevertheless, she insists that companies have a responsibility to act. “I think that the more active investors are in asking questions and in requiring behaviour change by companies, the more it’s going to change the industry.

“We need to take steps regardless of whether we’re going to immediately see an outcome on the ground.”