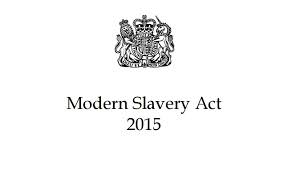 UK charity fund manager CCLA and investment house Rathbone Brothers are calling on investors to back their demands that the UK government makes its Modern Slavery Act mandatory for companies.
The once pioneering legislation, which came into force in 2015, has been criticised for its limited impact. The government has opened a consultation on the Act, after acknowledging recently that some companies’ modern slavery statements “contain little or no evidence” of steps taken to address the issue in their supply chains.

“Few organisations can claim with any degree of certainty to operate slavery-free supply chains.”

In their joint response to the latest consultation, which focuses on section 54 of the Act – transparency in supply chains – the two investors “strongly advocate mandatory reporting” for all listed companies against all six areas outlined in the legislation, believing that it would “provide better information on risk” to investors.

Rathbone co-ordinated a successful £940bn investor coalition when the Act was originally penned, to push for the inclusion of supply-chain transparency. This year, it withheld support for the report and accounts of UK insurance and investment giant Legal & General over their reporting on modern slavery, as well as fellow FTSE100 companies Intertek and Ashtead Group. In an email to RI about the consultation, Matt Crossman, Stewardship Director at Rathbone, said: “On one level, it should be the expectation of all shareholders that a FTSE100 company be able to meet the letter of reporting law… However, we are also targeting companies who have just used boilerplate responses. So it’s not just about meeting the letter of the law, but the spirit of it.”
Currently, companies operating in the UK with a turnover of £36m (€40m) or more are required to report on how they prevent slavery in their operations and supply chains, but few are outlining the effectiveness of their measures.
James Corah, CCLA’s head of responsible investing, told RI that “it is our view that few, if any, organisations can claim with any degree of certainty to operate slavery-free supply chains”, so it is something everyone should be grappling with.Both CCLA and Rathbones have prioritised engagement on the issue of modern slavery in recent years and have called for a raft of measures in their submission to make it easier for investors to compare companies’ performance on the issue. But Corah concedes that, generally, investor take-up on modern slavery has “been mixed” and called on the sector “to step up and push companies”.
The latest consultation follows the publication of the UK government’s final report on the Act in July, which included provisions for a centralised, state-run repository for companies’ modern slavery statements, as called for by the CCLA and the Church Investors Group (CIG), a body representing £25bn in assets on behalf of church pension funds and charities.
CCLA and Rathbone’s latest submission also encourages the government to explore the “introduction of provisions related to mandatory human rights due diligence more broadly”.
CCLA’s Corah said that it is easy to be despondent about the Modern Slavery Act but added that the legislation did lead to a “huge growth in awareness of slavery related issues” and is something to be celebrated. “It’s just time to evolve it,” he added.
The review comes as the Liechtenstein Initiative for a Financial Sector Commission on Modern Slavery and Human Trafficking prepares to launch a ‘blueprint’ at the UN General Assembly later this month. The initiative is a public/private partnership including banks, investors and NGOs. It’s headed up by the CEO of the Principles for Responsible Investment, Fiona Reynolds.
Meanwhile, earlier this month, 23 global investors, representing €360bn in assets, called on the upper house of the Swiss Parliament to back the introduction of mandatory human rights due diligence for the country’s businesses. The legislation has already been approved by a large majority of the lower house.
The Australasian Centre for Corporate Responsibility (ACCR), the influential not-for-profit shareholder advocacy group, has also this week filed a resolution – its fifth this year – at Coles on the Australian supermarket giant’s supply-chain human and labour rights safeguards. The resolution, which was co-filed with super fund LUCRF Super and US-based asset manager Mercy Investment Services Inc., will be heard at the company’s first annual meeting (13 November 2019) since it de-merged from Wesfamers last year.