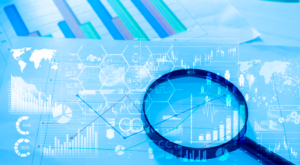 Global regulators have called for ESG data and ratings to be placed under the remit of securities regulators to improve the comparability and reliability of ESG products and “increase trust” among users.

The proposed measure, issued today by the International Organisation of Securities Commissions (IOSCO), indicates that a global consensus is forming on the need to regulate the sector after longstanding concerns over a lack of transparency and potential conflicts of interest.

ESG ratings and data products providers are not generally subject to regulatory oversight, despite wielding enormous influence over investment allocation decisions as a result of a growing trend to invest in accordance with sustainability principles.

IOSCO, which coordinates securities regulators from around the world, has asked its members to examine whether their existing regulatory regimes allow for the introduction of new rules on governance and disclosure for ESG data providers. This includes requiring providers to report on and mitigate conflicts of interest that may arise between their ESG data and ratings, and other offerings such as green bond assessments, investment products and consulting services.

Regulators should assess whether operational structures and governance of providers are sufficient to prevent such conflicts, IOSCO said, including at credit ratings agencies (CRAs) and stock exchanges that offer ESG data products. The three major CRAs – Moody’s, S&P and Fitch – and the London Stock Exchange Group have established themselves as powerful ESG data providers in recent years after a slew of high-profile acquisitions.

In March, EU regulator the European Securities and Markets Authority (ESMA) – which co-chaired the IOSCO report along with Japan’s Financial Services Agency – warned that oligopolies created by “large companies buying their way into the market” could “lead to significant consumer detriment including pricing above competitive levels, risk of collusion, entry carriers, and reduced innovation and efficiency”.

ESMA has already requested additional powers to regulate ESG data and ratings, having noted that the sector is a “fertile ground for potential conflicts of interest”.

To improve the quality and reliability of ESG data products, IOSCO suggested that regulators examine whether ratings and data are consistent with the in-house methodologies set out by providers, in addition to ensuring the disclosure of datapoints and information sources which underpin such products.

The body also proposed that regulators support the development of common industry standards or codes of conduct by the industry, and standardised definitions for the terminology used by ESG data providers.

If taken forward, the proposals could signal an end to the provision of ESG data and ratings based on ‘black box’ proprietary models, described as such due to their opaque methodology and lack of transparency which prevent users from comparing competing products.

However, IOSCO board members have indicated their uncertainty as to if, or when, the proposals would become the basis of regulatory initiatives.

Speaking at a press event yesterday, Erik Thedéen, Chair of the IOSCO Sustainable Task Force and General Director of Sweden’s securities regulator, Finansinspektionen, said he would “be very, very careful before making a definitive statement on when this will happen”.

ESMA’s Head of Ratings, Indices & Securitisation, Iliana Lani, said: “We first need to build an internationally comparable set of rules and principles that are applicable across the entire sustainable investment value chain. When and to what extent [IOSCO’s proposals] could become a concrete regulatory framework is beyond our control.”

ESG data providers are themselves split on the need for regulatory scrutiny. Market leader MSCI has consistently warned that a push to standardise the sector through regulation would be “misplaced”. Its submission to IOSCO on the latest proposals argued that, rather than regulating ESG data providers, the market should simply adopt "a set of industry principles for ESG ratings", while others such as Morningstar, owner of Sustainalytics, have described regulation as inevitable and beneficial.

Commenting on industry attitudes towards regulation, Thedéen said: “It is common for companies under supervision to request a light touch approach, but generally speaking there is a push from users to have ESG data and ratings which are comparable and harmonised. Whether this will be accomplished by guidance or regulation, time will tell, but what is most important for us is reaching that goal and not what the data and ratings providers say.”