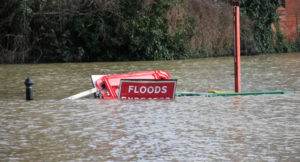 Investors need to consider whether asset managers’ economic models are fit for purpose in light of this week’s Intergovernmental Panel on Climate Change (IPCC) report on the state of the climate, a climate specialist at Aviva Investors has told RI.

The report, the first major review of climate science since 2013, said that it was “unequivocal” that human influence was causing global warming. Among its findings were that the last five years were the hottest on record since 1850, and that global temperatures were 1.09C higher from 2011 to 2020 than from 1850 to 1900. Global temperatures have risen faster in the last 50 years than any other period in the last two millennia. The UN Secretary General Antonio Gutierres described the findings of the report as “code red for humanity”.

“We know that one of the underlying causes behind the Syrian uprising was drought, causing people to migrate to cities in search of work, causing social unrest when no work was available.  This led in turn to human migration out of Syria to regions such as Europe and the knock on impacts of migration,” he said.

“In the Americas we have seen the same, where acute and chronic climatic events (storms and drought) caused people to migrate from central America to North America, in the so-called ‘human caravans’ in search of work and food. Migration will continue to be a consequence of climate change both inside countries and between regions. The implications for elections and consequential effects on national and global economics are under appreciated in current models.”

Stathers said that investors needed to consider whether asset managers’ economic models were fit for purpose, and that they incorporated climate adjustments when looking at economic growth. He also highlighted the lack of consideration shown to the risk of climate tipping points.

“We are already approaching tipping points in the climate system at 1.1C of heating. There is a very real risk that crossing these tipping points causes runaway climate change due to positive feedback loops. This seems to be under appreciated within financial services, with many observers simply referring to a temperature outcome of 3C as just having a linear effect on the economy, clearly demonstrating a lack of understanding of the complex interactions of the climate system.”

The need for investors to change their thinking was echoed by Inevitable Policy Response, an initiative which aims to prepare institutional investors for the acceleration of global climate policy. Its Head of Investor Relations, Julian Poulter, said it was “critical” that investors consider climate risk together with transition risk. “Whilst the worst of portfolio risks for investors from physical climate change may be longer term, they are potentially far greater and more pervasive in effect,” he continued.

The need for institutional investors to drive change on both the corporate and governmental levels was another key theme among respondents. Wai-Shin Chan, Global Head of ESG Research at HSBC, said: “The science is crystal clear but the response is not. Investors must use their influence to push decision makers to make the bold emission reductions required to limit the most severe consequences of climate change.”

Chan was joined by the Australasian Centre for Corporate Responsibility, which said that investors should demand an end to fossil fuel expansion, as well as voting against obstructive directors. Mindy Lubber, CEO of Ceres, said that “for investors [meaningful climate action] means doubling down on urgent efforts to reduce their own carbon footprints, while also going beyond that to push for robust climate policies at all levels of government”.

Investors also highlighted the need for pension funds to take action. Katharina Lindmeier, Senior Responsible Investment Manager at Nest, told RI that “the investment case for acting on climate change is overwhelming. Physical risks, such as heat waves and severe weather events, will impact returns and pension pots […] Acting now is not only the right thing to do, it’s what our members want and expect from their pension provider – two-thirds believe their pension should be invested in a way that reduces the impact of climate change.”

“We all need to step up. Setting a Net Zero portfolio target is fast becoming the minimum standard for all pension schemes but we also need credible short-term action [such as investing in green infrastructure].”

Some major figures in the responsible investment world recommended membership of various initiatives as a next step for asset owners and managers. Fiona Reynolds, CEO of the Principles for Responsible Investment, said: “We encourage investors to review their commitments to tackling climate change and to take action, by setting a net zero target and supporting initiatives such as Race to Net Zero and the UN-convened Net Zero Asset Owner Alliance.”

Mark Carney tweeted that “all financial institutions” should join the Glasgow Financial Alliance for Net Zero. “If you’re not part of the solution, you are the problem,” he continued.