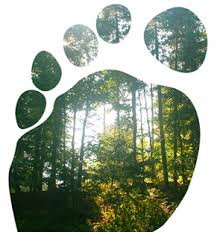 The Ireland Strategic Investment Fund (ISIF) says it has awarded a contract to a carbon foot-printing venture between Oekom Research and ISS-Ethix Climate Solutions (formerly part of South Pole Group) as part of a raft of responsible investment contract awards that also includes voting, shareholder engagement and an ESG framework.

South Pole has in the past conducted carbon footprinting exercises for investors such as Sweden’s AP6 and Öhman Fonder and Australia’s Future Super.

ISIF said: “Together they provide an integrated service combining the analysis of the ISIF’s Global portfolio’s ESG quality and carbon risk/performance to include carbon footprinting.”

Environmental consulting firm ERM is assisting in the development of an ESG Framework for ISIF domestic investments, with the fund saying the project is underway and is “focused on development of pre-investment ESG integration and post-investment monitoring tools”.

RI reported last November that the ISIF was tendering for a range of responsible investment services.

It comes as a draft bill currently before the Dáil, the Irish parliament, seeks to prevent ISIF from investing in fossil fuels companies directly or indirectly within the next five years. ISIF’s tender process pre-dates this process.According to a contract notice, UK-based engagement house Hermes Equity Ownership Services was awarded both proxy voting and shareholder engagement services – for which five and four tenders were received, respectively.

ISIF – formerly the National Pensions Reserve Fund (NPRF) – is a sovereign wealth fund tasked with investing “on a commercial basis in a manner designed to support economic activity and employment in Ireland”.

It’s the latest signal that SWFs are raising their game on climate change.

At the latest annual meeting of the International Forum of Sovereign Wealth Funds in Kazakhstan last week, IFSWF chair Adrian Off of the New Zealand Superannuation Fund said that the body has held a series of four webinars on the climate challenge.

It all comes as ISIF has also announced the launch of the €20m Ireland AgTech Fund (IAF) in collaboration with Californian agricultural technology venture firm, Finistere Ventures. The fund will invest in start-up and early stage “AgTech” companies that can “generate significant economic impact in the Irish Agriculture and Food sectors”.

Elsewhere, it’s been reported that institutional investors are planning to increase investments related to tackling climate change. The Financial Times was citing a survey commissioned by HSBC of 497 institutions.