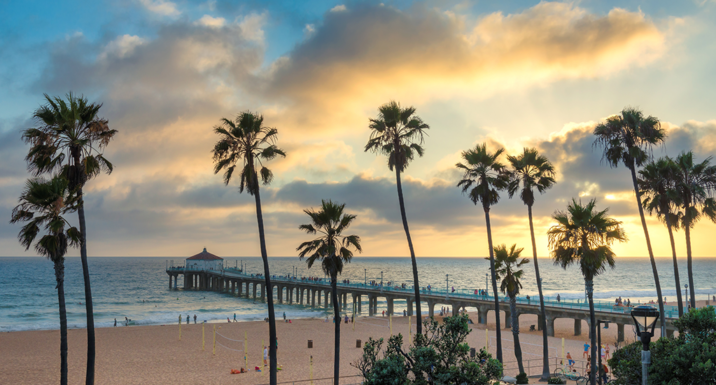 California’s pioneering auto-enrolment workplace pension scheme, CalSavers, has been forced this month to put out a request for proposals (RfP) to manage its ESG option. This comes after after attempts to renew with current provider Newton Investment Management faltered, following low uptake among members.

In 2018, CalSavers board members including then California State Treasurer, John Chiang, fought hard for the inclusion of an ESG option in the nascent scheme after an initial search was abandoned due to the quality of bids, particularly around costs.

A follow-up feasibility study conducted by US consultant Meketa Investment Group prompted the reinstatement of the search and eventually Newton Investment Management, a subsidiary of BNY Mellon, was appointed in 2019 to provide its BNY Mellon Sustainable Balanced Fund for three years with the option for three one-year extensions.

Nineteen fund managers competed in that tendering process in December 2018, with Franklin Templeton, Northern Trust, Nuveen and Schroders making the shortlist alongside the winning Newton bid.

Newton’s fund offers exposure to both equity and fixed income at a “generally similar fee level (15 basis points) to the Program’s other existing investment options, which have fees ranging from 2.5 to 12 basis points,” CalSavers stated in a document linked to the new RfP. Fees for the fund are covered by scheme members that opt for it.

But RI reported last August that the ESG option had attracted just 0.4% of CalSavers accounts, and in the RfP document CalSavers reveals that just $540k of its assets are invested in Newton’s fund – by contrast, the default option provided by State Street Global Advisors has $168m invested through it.

The inertia of scheme members when it comes to shifting their money from defaults is well documented. In 2017, for example, it was reported that less than 5% of assets had shifted to the ethical option offered by the UK’s Universities Superannuation Scheme (USS) in response to demand from members. According to USS’ 2021 accounts only 2% of members were wholly invested in its Ethical Lifestyle Option as of March 2021, with 83% fully invested in its Default Lifestyle Option.

Commenting on the low uptake in August, the scheme’s Executive Director, Katie Selenski told RI at the time that the “vast majority” of participants don’t deviate from the defaults when it comes to auto-enrollment schemes like CalSavers.

“We’re proud to offer an ESG option, especially for those who may not participate otherwise, but we know that greater participation in it is dependent upon the kind of proactive behaviour our program was designed to work around,” she said.

CalSavers’ board indicates in the documents that the decision to retender was not its own, stating it “remained satisfied with the performance of the fund and recently exercised its option to extend the contract with Newton by one year.” However, it continues, “due to circumstances outside the Board’s control and unrelated to the merits of the fund, the fund may cease to exist by the end of 2022”.

“If the Board wishes to continue to make an ESG investment option available to participants it will need to secure a new contract with a new investment manager and allow sufficient time for distribution of disclosures to participants to ensure a smooth conversion to the new fund,” the text states.

A spokesperson for BNY Mellon told RI in an email that the “BNY Mellon Sustainable Balanced Fund was designed specifically for large government sponsored retirement programs, like CalSavers. Should the Fund continue to have limited asset gathering, we will consider product modifications that we believe would be in the best interest of the Fund and its shareholders.”

The spokesperson said that they couldn’t comment further on what modifications were being considered, whether it was negotiating with CalSavers or if it intended to re-tender for the contract.

In the meeting notes from last month, CalSavers board states that it “may choose to cancel the solicitation that would result from the proposed RFP,” if during the process Newton informs it that it can continue to provide the “current fund.”

One of CalSavers’ stipulations for prospective bidders in the new RfP is that any proposed investment product “shall not have an account minimum balance, or the selected firm(s) must be willing to waive any such minimum.”

RI asked Selenki if there was a possibility that scheme might lose the ESG option or that ESG might be incorporated into the default, given the proposed rule change from the Department of Labor which made clear that there were no obstacles to default options integrating ESG into their investments and proxy voting. RI was told that these questions would be included in the Q&A document tentatively slated for the 8 March.

Given the low uptake for non-default options and the urgency of sustainability challenges like climate change, can ESG still be left as a supplementary option on the side?

The recent proposal from the DoL, if taken up, will remove one of the biggest obstacles US fiduciaries have to incorporating ESG into the investment decisions of even their defaults. This shift has encouraged US non-profit As You Sow to file a new type of shareholder proposal at Amazon and Comcast this year asking both US giants to report on how their 401k retirement plans align with their stated climate goals.

The proposed rule from the US regulator would not only allow investors to incorporate ESG in defaults, but it also allows activists to ask why they’re not. Given this context are dedicated ESG options set to become a relic of the past?

The deadline for submissions for the CalSavers RfP is 25 March 2022, with the successful bidder expected to be selected by the end of October.