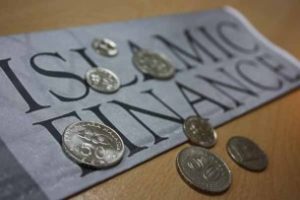 Collaboration between Islamic finance and ESG could have the potential to raise a combined responsible finance sector’s revenues to $244bn by 2019 by attracting as many as 1.65 billion Muslims as sustainable product buyers, according to a report by Thomson Reuters and the Responsible Finance Institute, a think-tank to promote links between the two sectors.
The report, titled “The Emerging Convergence of SRI, ESG and Islamic Finance”, launched at the Global Ethical Finance Forum in Edinburgh earlier this month, says that analysing the norms and values of Islamic finance and how they might overlap with ESG factors is one way to extend growth in responsible investment. It highlights areas of shared interest in ethics and market sustainability between the two sectors. While the western world’s values are dominant in the responsible/finance market, it recognises that Muslims represent a large portion of today’s emerging market clients. However, it says that so far responsible finance has declined to be associated with Islam. The report says this is ironic as responsible finance itself was largely born out of religious movements, starting with Quaker opposition to the slave trade. The report says that just as SRI and ESG seek environmental and asset stewardship, so The Koran depicts human beings as ‘stewards’ whose role in life is to preserve the earth that is loaned to them (known as Vicegerency or Khilafah). It says the concept of Vicegerency can be used to link both worlds. Similarly, it argues that the idea of shared values (maslahah), a strong component of Islam, can connect Islamic finance to other responsible finance sectors. However, the report also underlines an important difference between western and Islamic finance: notably that the first is broadly focused on finance first and has added responsibility criteria, while Islamic finance centres on the concept of ‘being responsible’. The report says that analysing this difference could add to ESG views on market sustainability through awareness of Islamic finance norms such as riba (non-payment of interest), maysir (gambling and zero-sum game) and gharar (contractual uncertainty).In turn, Islamic finance has only ideologically incorporated rather than practically incorporated environmental issues in investment. The financial institutions that set the ‘just’ and ‘unjust’ Shariah lines for Islamic finance have prohibited negative actions, but also need to focus on encouraging good practices, the report says. This, it adds, could be achieved by adding ESG positive screening.
If Islamic finance and responsible finance converged, the report says, the two could focus on improving joint methodologies. It says ESG would have to be an ‘add-on’ financial screening methodology complementary to existing Shariah-compliant screening or risk losing the benefits of norms-based Shariah-compliance. But, by focusing on profit maximisation, the RI ‘ad-on’ would enable Islamic finance to achieve a balance between its numerous norms-based screens and opportunities-based ones.
The report says the outlook for green sukuk could also be positive if integrated further with the green bonds market. A sukuk is similar to a bond but has to comply with the prohibition of riba. Sukuk structures, it says, can facilitate green investment since the Islamic community already has a large experience of dealing with energy project financing and might subsequently be more comfortable when dealing with non-carbon based green energy financing. However, the report adds that complex sukuk structures can cause problems of legal jurisdiction. For example, some sukuk investment prospectuses refer to English law as the ‘primary governing framework’, although the issuer has reserved the right to use his country of domicile’s legal jurisdiction. This has created events where Shariah law has been rejected as the governing law. Default is another issue with sukuk as, in the case of default, the creditor has to ‘bestow compassion and offer a period of grace’, which could pose a problem to conventional creditors.
Link to download the report