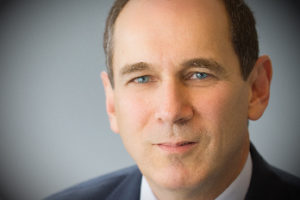 Gary Retelny, the chief executive of Institutional Shareholder Services (ISS), the governance research firm that has boosted its profile across the ESG space recently, is eyeing not just further acquisitions but possibly also a stock market listing for the firm in the next three years or so.

It comes after the firm was sold yesterday to mid-market private equity firm Genstar Capital for $720m by previous owner Vestar Capital, which had bought it from MSCI in 2014.

Retelny told Responsible Investor that the deal, which the company itself initiated, was “all about growth: organic growth as well as acquisitions”.

ISS is best known as a proxy advisor but in the past three years has begun to transform itself to what Retelny calls an “end-to-end” provider of ESG products and services. It has done this in part via a series of acquisitions, most recently that of South Pole’s climate data arm.

“We have done five acquisitions to date since 2014 and we’re hopeful and expecting to do a number more in the next few years,” Retelny said, adding the firm is looking globally at potential targets.

Before taking the top job at ISS, where he succeeded Stephen Harvey, Retelny was Head of Strategy and Business Development at the company’s former parent MSCI.

He said: “We’re now at the stage of ‘what comes next for ISS?’ and it’s wonderful to be able to control your own destiny.”

That destiny could involve a public listing.He went on: “We always thought the right outcome for ISS is to list.” But he added the firm, which was founded in 1985, needs to get to scale to have sufficient liquidity to trade.

“You have to grow to a point where you can aspire to be a listed company. That is a potential outcome for us, no question about it.”

“The public markets are a very viable option for ISS”

Retelny says he would very much welcome the increased transparency that would come as a public company — and that it was possible that some of its clients would end up as shareholders.

In terms of timing, he said, “we’re probably 18-36 months away” from any listing possibility and that new owners Genstar would back a potential listing.

“And they understand that the public markets are a very viable option for ISS once it reaches the proper scale.”

ISS wants to position itself to compete globally, in a market where clients are large global institutions.

Retelny said: “We want to provide end-to-end products and services in the E, S and G space, the responsible investment space, to our clients. Our clients are becoming much more sophisticated much larger and certainly more global.”

“Many of them are large global institutions,” he said, “and they expect you to be one too” not just in terms of products and services but also the “backbone, the infrastructure” to deliver them.