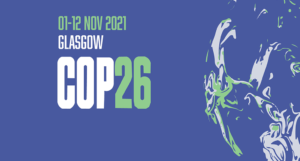 As the curtains fell on COP26 this weekend, footage showed the summit’s President, Alok Sharma, choking back tears.

“May I just say to all delegates, I apologise for the way this process has unfolded, and I am deeply sorry,” said the former UK Secretary of State for Business, reflecting on a last minute amendment to the Glasgow Climate Pact which means coal with now be “phased down” instead of being “phased out”.

Sharma later blamed the emotional comments on a lack of sleep after days (and nights) of gruelling negotiations, and insisted that the Pact was in fact “a historic achievement”. But the mood was very different from the one six years earlier, when the Paris Agreement was adopted at COP21. That summit closed with then-UN Secretary General, Ban Ki-Moon, telling the audience: “We can look into the eyes of our children and our grandchildren, and we can finally tell them that we have joined hands to create a more habitable world for them and future generations.”

So how much progress has been made over the past fortnight? And what does it mean for all those in the private sector that have mobilised since the celebrations in 2015?

While the latest deals made by the 196 countries signed up to the Paris Agreement have moved the world closer to meeting the 1.5 degree warming limit, it’s not by much: analysts predict that if pledges are executed in their current form, we’re on track for 2.4 degrees.

‘The whole global financial system won’t change overnight because of these commitments, but there is no denying that the train has left the station’ – PRI’s Chatterjee

“The main thing to come out is the policy acceleration,” says Sagarika Chatterjee, Director of Climate Change at the Principles for Responsible Investment. She points to the 2023 ‘global stocktake’, kicked off at the summit, which will quantify collective progress on climate objectives; and the commitment made to strengthen national climate pledges – including 2030 interim targets – by the end of next year.

“There’s been a real focus on strengthening near-term action by governments through these commitments, but also by financial institutions,” Chatterjee says.

That focus on the private sector is arguably the biggest difference between COP21 and COP26. Even when it came to sponsorship, expectations had risen – most companies didn’t even have credible carbon footprinting practices in 2015, while this time they were required to have Net Zero targets before they could even speak on panels.

Such targets weren’t hard to come by, with deafening fanfare around the Glasgow Finance Alliance for Net Zero’s (GFANZ) announcement that it had signed up $130trn of assets to “deliver the estimated $100trn of finance needed for net zero over the next three decades”. The 450 signatories must now meet Net Zero by 2050, “delivering their fair share of 50% emissions reductions this decade”, reviewing their targets every five years and reporting on progress within the next year.

“If you look at who has now committed to taking action on Net Zero in the next 12 months, it’s every key subsector we need,” says Chatterjee. “There are the risk carriers – the insurers and the underwriters – and the banks with their balance sheets; there are the asset owners who determine these big mandates, and the asset owners that allocate all this capital. And, really critically, there are the investment consultants and the credit ratings agencies.”

The financial community still needs to flesh out these commitments, but Chatterjee says that 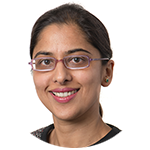 Sagarika Chatterjee, Diector of Climate Change, PRI COP26 “has forced everyone to talk to each other, to their peers, and start to work this out”.

“The whole global financial system won’t change overnight because of these commitments, but there is no denying that the train has left the station.”

In a bid to make sure the commitments are credible, UN chief Antonio Guterres announced during the summit that he would convene a High Level Expert Group next year to “propose clear standards to measure and analyze net zero commitments from non-state actors”. In the meantime, he called on members of GFANZ to adopt the approach of one of the initiative’s sub-bodies, the Net Zero Asset Owners Alliance, calling it “the gold standard for credible commitments and transparent targets”.

The UK Government also created an anti-greenwashing taskforce during the event, as part of new (comply-or-explain) requirements for the country’s asset managers, owners and listed companies to publish decarbonisation plans aligned with the UK’s Net Zero commitment. Members of that body, which will provide guidance on what credible plans should look like, are yet to be named, but the secretariat will be co-hosted by climate think-tank E3G and the UK’s Centre for Greening Finance and Investment.

“The UK requirements set a new global precedent when it comes to credibility, and we hope that will be done well and strictly,” says Iskander Erzini Vernoit, a finance-focused policy advisor at E3G, adding: “Governments need do a whole lot more in telling private finance actors what's aligned and what's not aligned.”

Alongside integrity, Erzini Vernoit says the “main story” to emerge from COP26 centred on how to get all this pledged capital to the right green projects.

“GFANZ is a useful development, but for it to result in meaningful investments we need governments to move,” he explains, adding that this should include funding multilateral Iskander Erzini Vernoitdevelopment banks, providing concessional finance, grant funding, technical assistance and de-risking mechanisms, and originating bankable green projects. In order to turbocharge this last objective, governments should focus on turning their climate commitments into “costed investment plans coupled with capital raising strategies for how they're going to be financed,” he says.

“To do that, they need to have confidence in their ability to attract finance for those projects, and developed countries have to step up and deliver that,” says Erzini Vernoit.

One tool that some believe could help support financial flows between developed and developing markets is the ESG reporting guidance being developed by the International Sustainability Standards Board (ISSB), officially launched during COP26 by the International Financial Reporting Standards Foundation. The new board will absorb the existing Climate Disclosure Standards Board and the Value Reporting Foundation, which between them cover efforts by the CDP, the Integrated Reporting Framework and Sustainability Accounting Standards Board, in a bid to consolidate disclosure standards into a single framework.

“One of the things that came out of COP more broadly is an acknowledgement of the differences between emerging markets and mature markets, and that’s so important when thinking about access to capital and financial infrastructure,” says Sherry Madera, who chairs the Future of Sustainable Data Alliance – a body whose members include data providers FTSE Russell, Refinitiv, Arabesque, S&P Global, Moody’s and Bloomberg. “Emerging markets generally have less robust data and disclosures, and we need to make sure that the new standards address that so that all these commitments can actually be fulfilled.”

Expectations around Article 6 of the Paris Agreement, which looks at how wealthier nations can use carbon credits generated by decarbonisation efforts in less wealthy countries to meet their climate commitments, were firmed up in Glasgow. Madera says that mature markets “need to think hard” about what disclosures they would need in order to move those plans forward.

“It’s easy to gloss over the role of data when we talk about emerging markets, because we’re thinking about the big picture topics like palm oil production and limiting coal; but if we're not supporting emerging markets to get their data right, we're working a little bit blind. So I would encourage a layer of thinking to go into that ISSB’s thinking.”

Overall, she thinks the focus needs to be on data that goes beyond traditional, retrospective disclosures. “The whole Net Zero conversation is about looking ahead, so although we need standardised, verifiable, auditable disclosures, investment decisions will increasingly rely on forward-looking, macroeconomic, geospatial data and we need to work out how we can make those available and ensure they’re just as robust.”

The Global Methane Pledge made at the start of the summit, through which more than 100 countries have committed to cutting methane emissions by 30% by the end of the decade, could generate more granular greenhouse gas data, and a major commitment by world leaders to reverse deforestation over the same period could also boost data on natural capital.

“We’ve had two weeks of COP mania, and it’s focused a lot of humanity's mind on climate – not just those already deeply involved. Now it feels like everyone's taking a bit of a deep breath, ready to work out what their next steps need to be.”