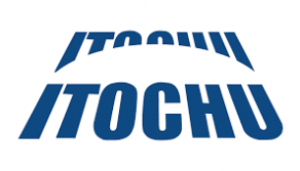 ITOCHU, one of Japan’s biggest industrial trading conglomerates, and J-Power, one of the country’s biggest energy companies, face investigation into whether they carried out appropriate human rights and environmental due diligence for a joint venture coal-fired power plant in Batang, Central Java, with Bhimasena Power Indonesia (BPI), which NGOs claim has led to intimidation and violence against the local community.
The news comes at the same time as reports that Itochu has come under fire by a US activist short-seller who questioned whether the company had overstated its accounts over a $1.5bn investment in Colombian coal-mining assets.
Glaucus Research, a California-based short-seller, claims Itochu overstated its net profits by ¥153bn ($1.5bn) in the 2015-2016 financial year, according to the Financial Times.
In a statement, Itochu disputes the allegations and says its books have been approved by its auditing firm,
In the latest news, the Japanese National Contact Point (NCP), for the OECD Guidelines for Multinational Enterprises, which is linked to the Japanese Ministry of Foreign Affairs, has accepted to investigate a complaint by a group of 23 community leaders, known collectively as Paguyuban UKPWR, backed by Greenpeace Indonesia and Friends of the Earth.Under the OECD Guidelines, the NCP is the body that decides whether a claim has enough substance to be investigated further. It does not imply any wrongdoing on behalf of the companies prior to the investigation.
BPI is the constructor and future operator of two coal-fired power plants in Batang, covering an area of 125,146 m2.
According to the case papers, the project has a potential impact on the income and livelihoods of 7000 residents in the area.
It says community members have resisted giving up their land for the construction of the project because they fear it will negatively impact agricultural land and fishing rights. They say they have experienced intimidation and violence and faced, among other things, wrongful and arbitrary arrests and unfair trials.
They say ITOCHU and J-POWER did not carry out comprehensive human rights and environmental due diligence, nor engage in related meaningful consultation with the relevant communities.
The complainants have asked the Japanese NCP to carry out an independent assessment and seek “rehabilitation or remediation” for any damages and negative impacts.