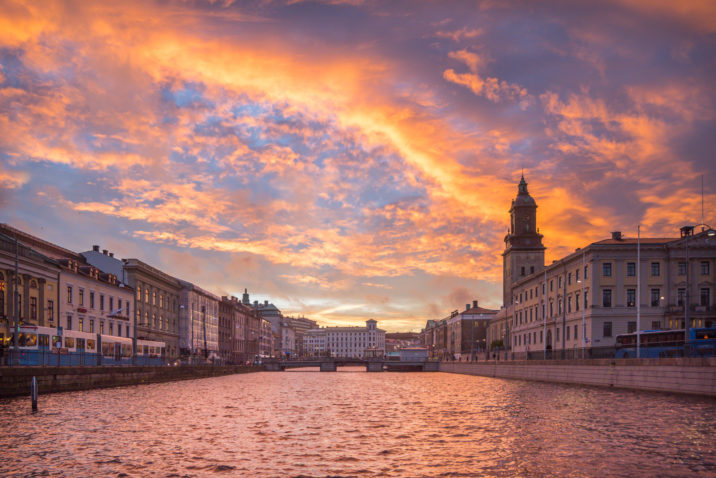 Gothenburg continued its innovation in sustainable municipal finance when it became the second city globally to link the financing costs on its revolving credit facility to green and social targets. The head of its finance department spoke to Responsible Investor about how the city got the deal over the line, and the challenges involved.

The Swedish sub-sovereign borrower, which claims to have issued the first municipal green bond in 2013, became the first city in the northern hemisphere to link the financing rate on its SEK8 billion (€761 million; $815 million) revolver to three green targets – emissions reduction, fossil-free district heating, and replacing the city’s fleet with electric vehicles – and one social target on its outing in April.

However, it was beaten in the global race by New Zealand’s capital Auckland, which in March added targets relating to low-emission vehicles, overall emission reduction and supplier diversity to its NZ$200 million (€121 million; $130 million) standby facility and a NZ$120 million interest rate swap. Another Swedish municipality, Helsingborg, has sold a sustainability-linked bond linked to its emissions targets, and there have been a handful of other public market deals from borrowers including Chile and the Arizona Industrial Development Authority.

Fredrik Block, portfolio manager at Gothenburg’s finance department, said entering the sustainability-linked market was a major challenge for municipal borrowers to the high focus on costs. “You need a lot of guts,” he said. “Higher costs are very, very problematic since we are dealing with taxpayers’ money, so it’s really stretching us here at the finance department.”

The terms attached to the facility are less punitive than in public markets, where a 25 basis point step-up is the norm. If the city hits all four targets it will see a discount of 0.5bps on the commitment fee and 1.5bps on the as-yet-undrawn loan, and will pay the same amount in addition if it misses the targets.

Mats Olausson, a senior adviser for sustainable products at SEB, which was sustainability coordinator on the deal, said Gothenburg’s relatively high credit rating – AA+ from S&P – meant the adjustment was reduced from the market standard of 2.5bps to account for its already low cost of financing.

The city was initially reluctant to consider adding a social target during the negotiations as local politicians had previously voted against issuing social bonds, Block said. There were also difficulties in selecting KPIs. “We have lots of social targets within the city, but they are kind of general,” he said. “We need a safe city, we need equality, all of that. They are not very defined.”

Gothenburg had six neighbourhoods classed as “highly vulnerable” by the Swedish police force, indicating high levels of crime and low participation in civil society. As the social component of the sustainability-linked loan, Gothenburg has committed to ensure there are none in the city by 2025. This target is particularly ambitious as only one neighbourhood in the entire country, Gårdsten – located in Gothenburg – has ever escaped its “highly vulnerable” classification. Olausson said lessons learned from that experience could hopefully accelerate the process in the remaining areas.

With the trend of sustainability-linked financing beginning to catch on among public bodies, Block said other cities or municipalities looking to issue sustainability debt should be aware of the relative complexities of a public organisation setting climate or social targets. Where the finance department of a private company has room to place demands on other departments, the city’s finance department “doesn’t have any mandate to go and tell an administration or a public company, ‘do this, do that, set a more ambitious target’,” he noted.

A lesson could also be learned around selecting targets, Olausson said. While political leadership of an organisation often sets “visionary” goals, “it’s not just their responsibility to get the municipality to change its behaviour, but also to alter the behaviour of private companies and individuals”. Visionary goals, however, are “not necessarily the right kind of goals to include in a legal finance document”, he said.

“We had a bit of a struggle to combine both upside-down visionary goals and the practical, bottom-up goals that the entities who are actually going to make things happen can sign off too,” he added.

Despite the complexities involved in structuring the deal – the renegotiation alone took nine months – Block was keen to stress that tying sustainability targets to financing can help spur change.

“I did four shows about the sustainability-linked loan internally, and after one show I had a lady come up to me and say, ‘I’m sorry Fredrik, I’m the one to blame […] I work in elderly care and I’m the one who hasn’t ordered new cars’.

“She had a million reasons why she hadn’t turned in the old fossil cars [to replace them with electric ones] and she gave me all of them. But she said ‘I’m going to fix it Fredrik, I’m going to do it right away.’ And that’s the whole idea with this product, she understood she was the key personnel in achieving the city’s goals”.