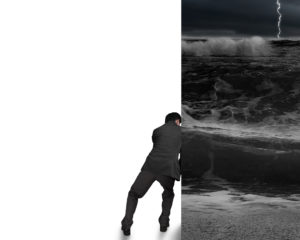 US treasurers are actively ramping up their pushback against the anti-ESG backlash sweeping the country, with individual politicians and broader networks openly criticising the trend and planning a fightback.

Until recently, Democrat politicians had largely avoided confrontation on the increasing crackdown on ESG investing by US Republicans.

Speaking at an event in August, New York City comptroller Brad Lander said red states “have done a good job” of making their voices heard, acknowledging that they had been louder than Democrats.

Indeed, Republican state officials are keenly aware that their political opponents have been missing from the field.

An August newsletter sent by the State Financial Officers Foundation (SFOF), a conservative group involved in the anti-ESG movement, cited a quote from a New York Times investigation into its anti-climate activities: “Democrats have not mounted anything like the national campaign being orchestrated by the SFOF.”

The SFOF newsletter, seen by Responsible Investor, described this as “the best line of the article”.

Other state officials are now joining Lander in speaking out against the anti-ESG movement.

Oregon state treasurer Tobias Read tells RI: “It’s so silly; it’s like debating gravity. If you’re not as a treasurer thinking about all the things that impact your ability to deliver returns and fulfil your obligation to beneficiaries, then you’re not doing your job. These things have the ability to materially impact our returns, so it’s our responsibility to think about ESG.”

As Read notes, moves by Republican politicians and officials to limit the use of ESG also ignore the potential upside of integrating sustainability into investment strategies.

“We frequently talk about the downside risk, but there is also so much opportunity when it comes to returns and ESG – both for companies that are managing the risk well and those whose raison d’etre is to figure out solutions,” he says.

Read acknowledges there are issues with ESG. “It is challenging, because it is still new and there are inconsistencies in how it’s reported and measured. And as a term it means nothing to the average person, so we have to make it relevant to most people.”

This includes tackling the anti-ESG movement. “There is a responsibility for those of us that take ESG seriously to say something,” says Read. “We need to use the influence we have as a network.”

Both Read and Lander are members of For the Long Term, a non-profit that aims to “help public Treasurers leverage the power of their offices to deliver sustainable long-term growth”. Fifteen other state officials are listed on the group’s website, including the state treasurers of California, Colorado and Illinois.

At the August event, Lander said that For the Long Term had recently held “a little retreat” to discuss how Democrats should respond to the backlash. His office declined to give any further details of the event.

Dave Wallack, executive director of For the Long Term, confirmed to RI that it has been tracking the various anti-ESG bills that have been passed – including the loopholes and caveats in them.

“It has never been in question that we were going to do something,” he says. “It’s instead about how to do it in a way that doesn’t validate this misguided effort to gut fiduciary duty.”

Wallack says he is aware that some treasurers are already communicating with banks and asset managers about state-level anti-ESG legislation and how they are responding. “Going forward we are going to be doing more of this as a group.”

The network also plans to contact firms contributing to SFOF. “There are companies that started contributing to the SFOF before the Heritage Foundation and ALEC became more involved,” says Wallack. “We are checking in with them to find out if they really want to stand behind the SFOF’s recent efforts.”

In June, RI revealed that Federated Hermes, Invesco, Fidelity Investment and Wells Fargo were listed among its “sponsors”, while JPMorgan was flagged as “friends of SFOF sponsors”. At the time KKR was also listed in this final group. However, in August RI reported that the private equity firm was no longer listed on the SFOF’s website.

At the time of publication, SFOF had not responded to RI’s request for comment on the network’s plan.

For the Long Term will also communicate with states considering anti-ESG bills. Among other things, it plans to flag a recent study, co-authored by one of the US Federal Reserve’s economists, which found that Texas’s anti-ESG measures had increased borrowing costs for local municipalities.

At the time of publication, the Texas Comptroller’s office had not responded to RI’s request for comment on the network’s plan.

For the Long Term will also try to engage states that have already passed anti-ESG laws, as well as the wider public.

In the latter case, members of the network will look to communicate what it means to be a good state treasurer and fiduciary. “They will reiterate that pension fund fiduciaries have a duty of loyalty to balance the interests of the firefighter who just started working with the nurse who is in the middle of her career and the teacher who retired 10 years ago,” says Wallack.

“They will also share that pension fund fiduciaries have a duty of care to engage in a careful process of risk analysis. When there is broad scientific consensus or performance data about a risk, they cannot imprudently ignore it. They definitely cannot just refuse to acknowledge a risk because the term ESG or systemic doesn’t fit their politics or their morality. Their beneficiary must come first.”