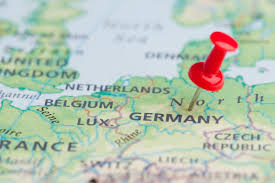 The findings are drawn from a recent study of German corporate governance that the BVI conducted with IVOX, a German affiliate of proxy services firm Glass Lewis. Employing the BVI’s guidelines for good corporate governance, the two scrutinised the 160 companies that make up the large-cap Dax, the mid-cap MDax, the small cap SDax and tech-heavy TecDax.

The findings are that 92 boards, including 16 at firms traded on the Dax and 34 on the SDax, should have been denied discharge. The reason, according to the BVI, is that directors failed to supply any one of the following credentials: qualifications, meeting attendance or even liability insurance with a deductible element.

The BVI also said that another 61 companies failed to hold fair director elections, as candidates either did not disclose meeting attendance or held too many directorships at other firms. Again, most of the violations were at SDax firms (23), followed by MDax (19), TecDax (10) and Dax (9), the BVI said.“German corporate governance has improved in the last few years, but does not yet completely measure up to our standards. Above all, information about board directors must become more transparent,” the association said.

But the study did not indicate whether BVI members actually voted against board discharge or directors in cases where the firms went against its governance guidelines. Also, the names of the firms that did not wholly respect the BVI’s guidelines were not disclosed.

Speaking on the margins of a press conference, BVI Managing Director Rudolf Siebel described the study as an important first step in promoting good corporate governance. “(German) Companies have stood up and taken notice since we began doing the survey with IVOX. But we don’t want to go much farther at this point,” he told Responsible Investor.

According to Siebel, a common voting policy is not on the cards because of legal issues, including the wish among BVI members to avoid the appearance of “acting in concert” – which is forbidden by European securities law.