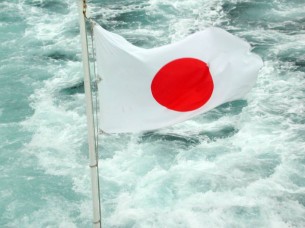 With the Renault car company today replacing its controversial chairman Carlos Ghosn, the ongoing case against him in Japan highlights some fundamental cultural weaknesses at the heart of corporate Japan.

Ghosn, who masterminded the Renault-Nissan alliance, was stripped of the chairmanship at Nissan in November last year. He is currently in a Japanese jail facing fraud charges. He is accused of understating his compensation over eight years as Nissan’s chairman, as well as other irregular payments. The Tokyo District Court this week rejected his latest request to be released on bail.

Incidentally, Ghosn’s replacement at Renault is Jean-Dominique Senard, who has already appeared in the pages of Responsible Investor calling for a “new European model for capitalism”.

While Japan has made some progress in addressing corporate governance issues, notably with the introduction of a formal stewardship code in 2014, there are still some major blindspots, according to international observers.

Jamie Allen, secretary general of the Hong Kong-based Asian Corporate Governance Association said, “The Nissan case is quite striking; the fact that the board could turn on Carlos Ghosn and kick him out rather than take collective responsibility for the disclosures about his remuneration. If they didn’t know about his remuneration, then shame on them, they should have known. It speaks very poorly to their internal controls.

He added that Nissan is a company that many of ACGA members have had trouble engaging with over the past few years.

The Nissan scandal will definitely hurt Japan, said Jesper Koll, Tokyo-based chief executive for US fund firm Wisdom Tree. He added the Ghosn case could be the tip of the iceberg, saying: “I know for a fact that five major companies have had their CEO or CFO under house arrest.”

That’s why the stewardship code is so important for Japan. The Government Pension Investment Fund (GPIF) and the Pension Fund Association (PFA) are the two pension funds with credible experience in pushing for greater engagement. “So you’ve got a wide group of asset managers who are now under pressure from GPIF, both on the equity and bond side, focusing on corporate governance,” said Allen.

GPIF has an explicit process, setting the benchmark on fund performance, independent audit boards and independent management supervision. Few pension funds have yet to follow its lead, however. When Responsible Investor approached Japanese pension funds for comment on their stewardship activity, the typical response, if any, was to say they have no plans in this regard. It is not a priority for them.Koll said he is not surprised at this intransigence. “Japan is a country that works by shaming. So far there has been little incentive for pension funds to move in the direction of greater governance. The GPIF is the only one exercising its rights as an asset owner. Panasonic’s pension fund has made a move but otherwise there has been a complete lack of action by private pension funds.”

Japanese institutions argue they don’t need to change. Indeed, they question whether global standards of governance are really improving. Koll says he has some sympathy with that view: “The reality is that standards of governance are in retreat. Hong Kong is now backtracking on dual share listings, having rejected Alibaba’s bid to introduce them, which prompted it to list in New York instead.”

“So far there has been little incentive for pension funds to move in the direction of greater governance.”

But Allen believes there are a number of areas of shareholder rights, whether on takeovers or private placement, that are much weaker in Japan than other markets, particularly in Hong Kong.

Japanese companies do very poorly on many areas of corporate reporting, he said. “In Hong Kong for example, you get very detailed reporting on director remuneration, diversity and other issues. In Japan, we struggle to find much in the way of information or policy on diversity, for example. Although the representation of women on boards has risen a great deal, it’s from a low base. Only about 3.5% of directors in Japan are women.”

This is just one of many cultural blindspots when it comes to corporate governance and ESG.

“A lot of boards don’t really have a sense of how investors view these issues,” said Allen.

A common perception is that foreign investors in Japan are more active and engaged than their local peers. But Charles Yonts, head of ESG research at CLSA in Hong Kong, said his Japanese strategists report that dissent rates among local investors against proposals from management are actually higher than for foreign investors.

Following a revision of Japan’s stewardship code in May 2017, designed to encourage collective engagement, a group of institutions got together to form the Institutional Investor’s Collective Engagement Force (IICEF). The current participants are the PFA, Sumitomo Mitsui Asset Management, Mitsubishi UFJ Trust Bank and Resona Bank. It is the first formal investor organisation in Japan focused on corporate governance.
Slightly riding on their coat-tails, the life insurance companies are doing their own collective engagement, said Allen. “Ten of them have come together and have written letters to around 100 companies. In a Japanese context that’s fairly radical. We were told only foreigners want to do collective engagement, but actually that’s not true. Japanese firms do too.”