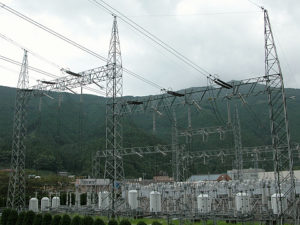 In the energy plan announced by the Japanese government in July 2018, the direction of energy policies in Japan remained unchanged and there were relatively few areas of new initiatives towards a commitment to renewable energy. Critics have highlighted that, as nuclear and coal are still seen to be the two dominant sources for electricity in the country in the future, it will take time to change mindsets and bring renewable energy into the market.

The new target for renewable energy in Japan has increased to 22-24% by 2030, up from the 11% target in 2013, due to growing electricity supplies and energy reduction efforts, with a focus on higher efficiency. However, 26% of power would still need to be generated by coal. Even if the renewable target under the current plans were reached, Japan would still be unable to meet the Paris Accord targets in the reduction of its greenhouse gas emissions. Japan’s level of renewable energy supplies are not ambitious enough especially in comparison to the level of other OECD countries, with most approaching 40% or higher.

Over the past few months, Japanese financial institutions such as commercial banking groups Mitsubishi UFJ and Mizuho, and insurance companies like Nippon Life Insurance, have announced plans to reconsider their financing policies towards coal related investments, recognising the associated environmental risks. These moves have been viewed as very surprising; many of these institutions have been very conservative in the past and would never be seen to pull out from sectors which have been a core part of their credit portfolio. This change in their policies indicates that Japanese financial institutions are waking up to the environmental reality facing the country and are starting to modify their attitudes. As they have been a major source of funding for coal power in the past, this shift into renewables will have a significant impact on the financial markets.

However, there are still fundamental structural challenges which are prohibiting growth of renewable energy in the Japanese market. Coal and nuclear are continuing to eat away at country’s power grid capacity, and as a result, the grid system remains in the hands of traditional electricity utility companies, which are keeping their monopolistic control over the power supply. If the grid system becomes more freely available and out of the hands of these utility companies, Japan may be able to increase its level of renewable energy supplies and the nuclear power generation of the utility companies would be exposed to competition. This would also completely change the landscape of the power market industry from top to bottom.

Until Japan’s electricity market is reformed, the chances of higher usage and the introduction of further renewable power generation will be limited – hence the chances of phasing out of coal power generation by 2030 are slim.Despite this, there are many potential sources of untapped energy in Japan such as geothermal energy and wind power which could provide new responsible investment opportunities if they can become more prominent. In fact, Japan is said to have abundant geothermal power potential based on volcanic activities, but as most locations are protected, such as national parks, developments have been restricted. Utility companies like Kyuushuu Electric Co., Inc. which is based in the Kyuushuu Island, may benefit from harnessing new sources of energy as the Island has the most potential in geothermal energy.

Nevertheless, opportunities in the renewable energy market in Japan require more efforts by Japan’s energy policy makers and traditional players to reform the power grid system and introduce a true market mechanism based energy system, particularly in the main island Honshuu. If this shift doesn’t occur, the country will lose out on climate change investment opportunities as well as climate change initiatives which would be beneficial both to the economy and the environment.

Areas such as power storage will be key for renewable energy as a way to manage new energy sources under current dynamics. Companies with industrial power storage capabilities such as manufacturer NGK Insulators Ltd. or Sumitomo Electric Industries, Ltd, would be the beneficiaries of investment in the power storage if the electricity markets become more flexible. Despite the slow pace of electricity market reforms, investment in smart grids is progressing in Japan. In order to integrate renewable energy sources into the grid, more efficient management of power systems is needed. Companies which have notable exposure in smart grid investment include Fuji Electric, Hitachi, though their exposure to smart metering are relatively small compared to their size. Japanese companies have exposures to growing Asian regions notably have more ambitious renewable energy targets compared to Japan. For example India has a 40% target and countries such as Vietnam and Thailand also have high goals.

Overall, the transition towards a low carbon economy will be very significant not only on the energy sectors, but also it will transform how and what people purchase as their energy sources. The change would be dramatic as traditional strong players in the industry would be impacted, setting in motion a transformation which will not only affect businesses but also society as a whole. In this new landscape, companies who will demonstrate agility will clearly come up as winners. In a country like Japan which has been built on strong fossil fuel-based auto industry, we are set to see significant shifts in the near future. The transition risks and opportunities from these changes would be huge and even beyond our imagination.