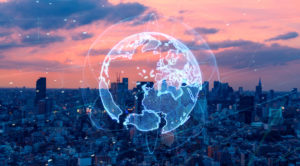 Japan’s Keidanren – the powerful business lobby previously accused of spearheading efforts to water down the EU’s taxonomy on green and sustainable finance – has called on the country’s government to create a “transition finance system” working with the likes of Malaysia, Canada and the International Capital Market Association (ICMA).

In a statement published in response to the Japanese government’s climate finance strategy, the trade body said the government should participate in the International Platform on Sustainable Finance (IPSF) to “secure the understanding of major countries”, “present Japan's ideas, approaches and best practices for sustainable finance” and promote “transition technologies that contribute to significant emission reductions”.

The IPSF was created by the EU last year, and includes a growing list of governments such as China, Canada, India, New Zealand, Norway. The objective of the group is to harmonise global developments on sustainable finance – especially around defining ‘green’ through taxonomies. It is due to publish its first report tomorrow (Friday).

Broadly supportive of the Ministry of Economy, Trade and Industry’s (METI) new strategy, the Keidanren statement said the government should work to ensure the Japanese position is part of sustainable finance discussions such as those occurring in the EU, ICMA – which is set to publish its transition finance principles soon – and Canada and Malaysia, which are both developing national taxonomies.

Some experts are concerned that transition-focused taxonomies are being pursued by some countries in order to offer a weaker alternative to the prescriptive expectations laid out in the EU taxonomy.

The statement also advised the government to pay “close attention to the movements of the International Organization for Standardization (ISO)”, which has been working on various green finance standards for a number of years now.

Transition finance and taxonomies are a hot topic in the Japanese sustainable finance landscape at the moment, with focused study groups in government and academia as well as trade groups. METI’s Climate Innovation Finance Strategy 2020, published last month by a study group chaired by renowned Japanese corporate governance expert Kunio Ito, hinged on the idea that, in order to realise the SDGs and the Paris Agreement, it is important to “finance transition, green, and innovation” – which the strategy dubs “TGIF” – rather than “only green or other binary concepts”.

The strategy expressed METI’s concerns that if the EU taxonomy spreads as the sole standard relating to green finance “the supply of funds for the ‘transition’ of low-carbon CO2 emission industries will be weakened – which would be a major issue for Japanese industry and for countermeasures to global warming”.

“Dualistic standards such as taxonomy may not value a company's steady low-carbon transition efforts”, the strategy said. “For this reason, it is important for the study group of METI to propose Japan's way of thinking to international organizations such as ICMA.”

It said the strategy should be taken forward by government climate policy commitments, corporate disclosure including TFCD, and investor engagement.

It noted there was currently “insufficient sources of funding for long-term investment” in transition, green and innovation finance, and said asset owners including corporate pensions, life insurance, and public pensions should be engaged on the topic.

“In developing the concept of ‘financing for a transition’, international principles should adopt an inclusive and flexible approach that can be applied to various circumstances of countries and regions without excluding specific sectors/industries or technologies from its scope,” the strategy said.

Some experts are concerned that transition-focused taxonomies are being pursued by some countries in order to offer a weaker alternative to the prescriptive expectations laid out in the EU taxonomy. Canada, Malaysia and Japan are all more reliant on fossil fuels from an economic perspective, and could be badly impacted if the EU taxonomy is globally adopted by investors making asset allocation decisions.

Earlier this month, Japanese researchers published Transition Finance Guidance, which proposes two “transition taxonomies”: one for financing corporates and the other for individual business activities to support the transition to a low-carbon economy.

It argued investment and financing are needed “to enable this smooth transition of both particular business activities and entire corporate entities”.

Last month, Keidanren made commitments to promote ESG and sustainable finance in collaboration with the country’s Environment Ministry. The string of high-level pledges included working closely with government to promote the TCFD, the Science-Based Targets initiative and RE100, which sees companies commit to 100% renewable energy.