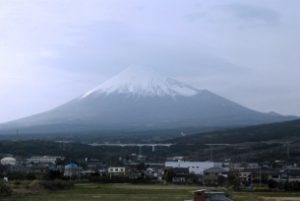 The National Diet, Japan’s legislative house, has passed a law that will lead to the creation of a national social investment institution in the country by 2019.

It comes as other countries look to follow the model of the UK’s pioneering social finance institution Big Society Capital, including Portugal, Israel and Italy.

Japan’s law to create the social investment bank will see a portion of dormant bank accounts money, estimated to be around JPY100bn (€820m) a year, transferred to a foundation independent from government which will give out loans and grants to support three main areas: the poor and needy, children and young people, and rural areas.

It will do this through a similar wholesaler model to Big Society Capital in which money is lent or invested in social investment intermediary institutions (SIFIs) who go on to invest in frontline social sector organisations.

Currently, Japan’s government is seeking to appoint a newly created foundation to run the institution.

Bidders to run it will include a group of Japanese NGOs, social businesses, consultants and lawyers who lobbied politicians to use dormant accounts to set up a social investment bank. The Nippon Foundation, a grant-giving organisation, acted as secretariat for the group. Nippon Foundation’s Executive Director Shuichi Ono sat on the Japan National Advisory board for the G8 Impact Investment Taskforce led by venture capital and social finance pioneer Sir Ronald Cohen.Speaking to Responsible Investor, Yosuke Ishikawa, general planning section member at the Nippon Foundation, said one of the most important jobs of the new foundation would be to create an ecosystem of SIFIs who will invest into social sector organisations. “The UK is ahead of us in this respect,” he said. “Although we do have small local foundations which raise money and give out grants.”

As well as creating a social investment bank, Japan is looking at launching social impact bonds.

London-based Office for Public Management has been working with colleagues from the Department of Public Management and the Institute of non-profit and public management studies at Meiji University, Tokyo, in partnership with the Japanese Ministry of Education, Culture, Sports, Science and Technology to explore the feasibility of implementing social impact bonds in Japan.

Chih Hoong Sin, Director at OPM, told RI that there was real appetite in Japan, and this year he would take a third trip to Japan to consult on its social impact bond work.

It is understood Japan’s national government is looking at developing social impact bonds to tackle healthcare and poverty. And a number of local governments are exploring the space, including Yokohama City.

As part of Social Innovation Portugal there will also be the creation of an outcomes fund to support the development of social impact bonds. There has been a first call for proposal worth €3.5m in funding.