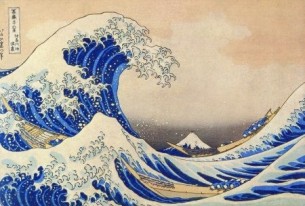 Ten years have passed since an amendment to the UK Pensions Act became the world’s first regulation to require occupational pension schemes to disclose environmental, social and governance (ESG) considerations within their investment portfolios. Its 10th anniversary was celebrated earlier this month at the House of Commons with the welcoming of Martin Clarke, executive director of financial risk at The Pensions Protection Fund as the new chair of the UK Sustainable Investment and Finance Association (UKSIF). The event was a testament to the role UKSIF has played in driving the responsible investment (RI) debate and the growing acceptance of RI across the UK investment community. Similar disclosure requirements have subsequently been adopted by countries around the world including Germany, France and Australia in 2001, and most recently Canada in 2008. In response to this growing need, a range of RI products and services have been launched in the market, including the FTSE4Good Index Series. Since the launch of the indices in 2001, FTSE’s RI Unit has entered into dialogue with many companies regarding the FTSE4Good inclusion criteria, in the process developing significant experience of the challenges they face in addressing global ESG issues and meeting investor expectations. One particular country that presented FTSE with some challenging corporate engagement was Japan. Following extensive dialogue with companies and the investmentcommunity in Japan, it became clear that cultural and historical context played a huge role in determining communication and disclosure style. Global perceptions suggest that Japanese institutions have been slow to embrace RI. However, the debate relating to ESG and investment in Japan started over two decades ago. In 1989, a study group called ‘Val Study Group’ was created, which later formed the foundations of the Japanese Social Investment Forum: SIF-Japan. Amongst its founding members were Mariko Kawaguchi, current chief executive of SIF-Japan and head of CSR at Daiwa Securities Group, and Professor Takeshi Mizuguchi, current chair of the Sustainability Disclosure Technical Committee at the Japanese Institute of Public Chartered Accountants (JICPA). The group was named after the Exxon Valdez oil spill in Alaska, having been influenced by the US investor group, CERES Group, and its Valdez Principles of corporate behaviour. In 1991, the Val group established working groups on ‘green consumerism’, ‘SRI’ and ‘corporate environmentalism’, as well as organising overseas missions to the US and the UK to share best practice approaches. Keen to progress from research to action, the group decided to create a sample ‘green portfolio’ to demonstrate how to select Japanese stocks that were both commercially viable and environmentally friendly. To their surprise, many companies welcomed this initiative as it coincided with new environmental disclosure requirements issued by

the Ministry of International Trade and Industry (now METI) and the Ministry of Environment. When the sample portfolio was published as an example of stock selection, it gathered much interest and concern from companies; not in the least from those who had refused to co-operate and were excluded from the portfolio. However, the appetite from investors was still limited at this stage.
There was a turning point in the investment landscape on 20 August 1999, when Nikko Asset Management launched the first ‘eco-fund’. The fund accumulated assets of over 130 billion yen in the first 6 months (1.2 billion USD), making it one of the largest funds with assets under management in Japan that year. In the same year that the amendment to the UK Pensions Act was being passed, Japan too achieved a milestone in its responsible investment scene with a sudden intake of assets by various environmentally themed funds. The focus of the Japanese investment industry on company environmental practices incentivised companies to manage and disclose their environmental risks. In addition, backed by the members of the Japanese trade association, Keidanren, the ISO14001 certification became an integrated process to addressing environmental issues by large and mid-sized Japanese companies, which helped align such companies with international standards. When FTSE enhanced its environmental management criteria requirements for inclusion to the FTSE4Good Index Series, it saw that Japanese companies complied at a much higher rate than those from other countries.
While Japanese companies excelled in environmental management, there was a level of weakness in transparency around social practices such as employee labour standards, relations with local stakeholders and anti-bribery measures. This was magnified by the trend of Japanese companies moving beyond the domestic market and increasing their global presence, which resulted in greater exposure to countries with weaker human and labour right practices.The challenges companies faced were interrelated with the structure, history and culture of Japanese business. One significant factor was the lack of engagement experience. In Europe, stakeholder engagement with companies was more established with a track record of constructive criticism practiced by a strong civil sector. By contrast, in Japan the public heavily relied on the government to provide social welfare, and stakeholder engagement by the civil sector towards companies was not traditionally as strong. Furthermore, the bitter historical experience in dealing with the ‘Soukaiya’ did not help. Soukaiya, meaning ‘AGM-people’ (‘Soukai-ya’), were shareholders who used criminal extortion tactics threatening to disrupt AGMs.

Such experience meant that companies were very cautious in engaging with shareholders to change corporate behaviour. Therefore, for global investors and analysts to engage effectively with Japanese companies, the first step was to communicate the positive outcomes of shareholder engagement and differentiate it from the Soukaiya activities.
Another challenge faced by companies was communicating to a global audience, especially on social issues which had traditionally not gained substantial interest from domestic investors. Although Asahi Life Asset Management launched ‘Asu no Hane Fund’ in 2000 as the first fund to incorporate issues such as employment, social stakeholders and consumer responsibility, the majority of domestic funds still focused on environmental issues. Companies struggled to answer the questions raised primarily by foreign investors, whose interest in the companies’ activities intensified as their investments in the Japanese market
grew. When FTSE introduced enhanced criteria on human and labour rights, it engaged with all the companies in the FTSE4Good Index to encourage them to meet these new requirements. While it took longer to engage with Japanese companies than companies in other regions, over time the transparency around their policies and systems, as well as alignment with international standards such as the ILO conventions, began to improve. This was backed by enhancements to regulatory frameworks such as amendments to the Financial Instruments and Exchange Act (commonly known as the Japanese version of the Sarbanes-Oxley Act, or J-SOX), which requested internal control systems to be reported and disclosed. As a result, noticeable improvements to compliance mechanisms and reporting structures in other areas such as anti-bribery measures were seen. By 2009, the number of Japanese companies in the index that had improved their human and labour rights and introduced anti-bribery practices exceeded that of any other country in the index. Whilst engagement with Japanese companies has been led by foreign investors to date, there are signs that this is about to change. A good example of this is shown bythree Japanese fund managers, Daiwa Asset Management, Nissay Asset Management and Sompo Japan, who participated in a PRI collaborative engagement program for the first time in late 2008. This effort was coordinated by FTSE, which, on behalf of the collaborative initiative, engaged with companies listed in Hong Kong and Singapore to encourage disclosure and action on environmental and social issues. Following on from the program, Japanese PRI signatories recently launched a local PRI Network to discuss implementation of the six principles.
For the first time this year, disclosure requirements for listed companies have been enhanced in Japan and companies are required to publicly disclose the recommendations prior to the AGM, as well as the voting results after the AGM to the Tokyo Stock Exchange. With more transparency around the AGMs, the role of shareholder engagement is expected to grow. As key institutions such as Rengo, the Japanese trade union confederation express support for the RI debate and the long term sustainability of Japanese pension scheme management, there is hope that Japan’s RI activities may just be on the edge of a new era.