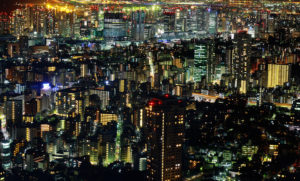 CalSTRS and CalPERS are to join up with Japanese asset managers to lead climate change engagement with 10 of the country’s worst greenhouse gas emitters as part of the Climate Action 100+ (CA100+) initiative, RI can reveal, a decision that has taken over a year for the investor coalition to reach.

It’s the first sign of life since launch for the initiative in Japan, after a sluggish first year navigating regulatory and cultural hurdles, sources close to the matter have told RI.

CA100+ launched in December 2017 as a global investor coalition seeking to use collaborative engagement to prompt climate-related disclosure and action from the world’s most significant carbon emitters.

But it’s struggled to gather momentum in Japan, with the signatory investors working within a complex regulatory context and without a strong history of investor engagement.

The Japanese signatories met for an inaugural coordinating meeting this week in the Tokyo Midtown office of Nikko AM, along with representatives from PRI Japan and the Asia Investor Group on Climate Change (AIGCC), who are supporting and coordinating the initiative in Japan.

One Japanese asset manager signatory told RI they are at the “very beginning” of the engagement process – showing how far they are behind some international counterparts in the initiative which have scored some major wins in getting Shell for example to pledge to set short-term emissions reduction targets linked to executive remuneration.

Collective engagement was written into Japan’s Stewardship Code for the first time in 2017, with the country’s financial regulator, the Financial Services Agency, saying it would be “beneficial” for investors, and to use it “as necessary”. Japan’s Stewardship Code and Corporate Governance Code are widely regarded as having been game changers for investor-company dialogue in Japan, and for ESG more broadly.Elsewhere in the code, however, it dictates heightened reporting requirements if investors with more than 5% holdings in a company collectively make “important suggestions” to the management of a company or collude to vote in the same way.

What is considered to be an “important suggestion” is often uncertain, causing anxiety among asset managers, which often consult with the FSA to ask whether a proposal is important or not.

The international-domestic investor pairings were made in a bid to bring engagement experience together with domestic market and cultural expertise, in a structure that AIGCC said would be a key strategy in the initiative’s work throughout Asia.

Rebecca Mikula-Wright, Director of AIGCC, told RI: “It’s necessary to understand the existing structures and levels of engagement in the Japanese market and speak to all stakeholders. That way we don’t come charging in, do it the wrong way, and have doors closed. That’s just counterproductive.”

Climate Action 100+’s policy is to disclose neither the investor leads, nor the companies they’re engaging with, nor what the engagement objectives are.

This has led to criticism, with a group of NGOs this week calling for it to be more accountable.

Mikula-Wright told RI: “We want it to be a positive experience with the companies. It’s not intended to be a name and shame initiative.”