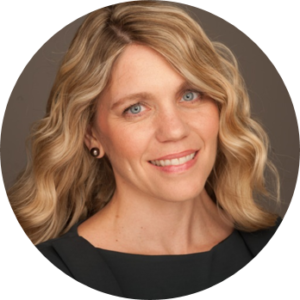 “I’ve recently observed that in impact investing we are focused on the wrong things,” says Jenn Pryce, CEO and President of Calvert Impact Capital, the $2bn fund manager focused on mission-driven businesses.

US-based Calvert Impact Capital is a dynamic player in the impact investing field. In the 1990s, it pioneered the Community Investment Note, a debt impact investment with a minimum of just $20.

Its $2bn global portfolio includes some of impact investment world’s most interesting innovations including the world’s first sovereign blue bond issued by the Republic of Seychelles and the world’s first environmental impact bond in Washington, DC.

And Convergence recently rated it the top impact investor in blended finance deals – a popular topic on how to finance the SDGs. Driving private investment into the SDGs is often touted as moving from “billions to trillions”. But Pryce, who has held emerging markets roles at Neuberger Berman and Morgan Stanley, believes this is the wrong approach to take.

“When the Global Impact Investing Network report comes out saying we’ve only got $228bn in impact investing, the implication is ‘we need more’.

“I understand that but I don’t think that is the way to look at it. Because what we really want to do is de-risk the businesses in our community, whether they are renewable energy businesses or sustainable agriculture or for-profit schools. So the traditional markets can take them and scale them fast.”

Pryce gives the example of a medical credit fund that lends to hospitals in Africa, on the condition that some of the money comes from a local bank.

This approach, says Pryce, teaches traditional financial organisations to understand and get comfortable with credit risk in impact, leading to scale.

“I don’t think the goal here is to get more exits in impact investing.The goal is to move it along a continuum, moving it to traditional finance, to scale. I think we are losing track of that when we keep saying we need to grow billions to trillions. It’s is not about scaling the impact investing industry but teaching the capital markets to do it.”

Late last year, Calvert Impact Capital published one of the first studies exploring the relationship between gender diversity in private company leadership and improved financial performance, based on over a decade of data.

“The idea that we need impact investing AUM to grow is not the right way to think about this.”

Similar studies have been undertaken in the public markets, leading to policy and private sector action around the globe on improving gender diversity at listed companies.

Pryce said it found when companies had a 33% ratio of women to men, financial performance increased. “This is quantitative analysis data that really makes the business case that compares with the SDG 5 moral piece to engage new capital with a gender lens. There is outsized alpha return for them to gain a well as creating better social outcomes.”

She says similar work needs to be done for the broader impact investment market to show it’s not just a moral good but a real financial opportunity.

Pryce describes the process as a “little bit of chicken and egg” requiring elements such as blended vehicles to bring private capital to the table, time to pass for the industry to build up a track record like with microfinance and bridging the current lack of data.

“There is a perceived risk that the market holds which is much higher than the real risk we hold being close to those markets. What we see is they are creating value and offering us a good risk-adjusted return. And what we haven’t done as an industry is quantify what that value is so the traditional markets see there is alpha here.”