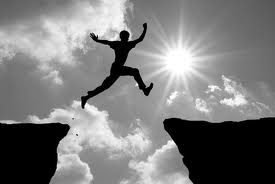 It happened quietly and with little fanfare, somewhere behind the front-page headlines and well outside the spotlight: our financial markets turned a corner.

With the recent release of standards for the transportation sector, the Sustainability Accounting Standards Board passed a significant milestone — both in our own work and in the broader evolution of our markets. Having issued standards for industries in five out of 10 sectors, SASB has reached the halfway point of delivering the first set of sustainability accounting standards to the U.S. capital markets, enabling thousands of publicly traded companies to disclose material sustainability information in SEC filings so that investors can compare financial and sustainability fundamentals. Side by side. Provisional standards have now been released for 35 out of 80+ industries and are ready for use and feedback.
This is significant not only because SASB is over the hump, but because we’ve now amassed a significant body of work from which important themes have begun to emerge. SASB’s research is revealing the distinct, industry-specific profiles of sustainability issues.
Definitions of sustainability abound, and most current models help us to incorporate a variety of relevant considerations — environmental, social, and governance among them. But as the important connections between sustainability and business performance become more clearly drawn, the meaning of the word—at least in the context of the capital markets—instead gets more ambiguous.
What is sustainability? It depends.

Take climate change, for example. In the five sectors for which we’ve issued standards and the three for which they are currently under development, SASB’s research has found that issues related to climate change are likely to be material in 50 out of 57 industries. Indeed, 20 percent of all the standards SASB has issued to date relate directly or indirectly to climate change.
It’s tempting, then, to consider climate change as ubiquitous. But it’s important to note that climate change manifests differently in every industry. For companies in the health care delivery industry, for instance, one of the more important issues related to climate change is event readiness. Extreme weather events can significantly impact the core assets and operations of these firms. According to Kaiser Health News, Hurricane Sandy cost NYU Langone Medical Center in New York City $1.2 billion in damages and lost revenue. Meanwhile, a 2011 study estimated that the health care costs associated with six climate-related events between 2000 and 2009 were $740 million, reflecting more than 760,000 encounters with the health care system.However, in the financials sector, climate change becomes a very different beast. Although the competitive landscape in the commercial banking industry is not directly impacted by environmental concerns in any significant way, banks must respond to mounting investor and regulatory pressure to monitor and manage their financed emissions. Nevertheless, a recent study found that in the six-year period following the Kyoto Protocol, the top 10 banks nearly doubled their financial support of the coal industry, financing more than $150 billion worth of coal operations. When a bank invests in or provides lending to firms that produce significant greenhouse gas emissions, the bank indirectly exposes itself to climate-related risks that could diminish returns and reduce value for shareholders. For example, in order to avoid a rise in global average temperature of more than 2°C above pre-industrial levels, it is estimated that 60-80 percent of the coal, oil, and gas reserves of listed firms are unburnable. Analysts suggest that equity valuations could be reduced by 40-60 percent, resulting in higher costs of capital, ratings downgrades to existing bonds, and difficulties repaying or refinancing existing debt.

As climate change impacts industries in unique ways, simply reporting GHG emissions across the board doesn’t tell us anything about event readiness or disease migration in health care. It doesn’t tell us anything about the potential for stranded assets in fossil fuel-based industries. It doesn’t even tell us much about the energy intensity of data centers in technology and communications.
SASB’s industry-specific approach provides key insights on the ultimate source of GHG emissions and focuses on pressure points and signals for market-based approaches to mitigation and innovation. For example:

It’s Not Just the Environment
Although climate change may have the most extensive reach, other important trends have also emerged in SASB’s rigorous standards development process, revealing issues that cut across disparate industries:

Although this type of reporting may sometimes comply with federal regulations, does it give the capital markets what they deserve? Is it the best we can do? Meaningful — not boilerplate — disclosures on topics such as these enable investors to more efficiently allocate capital.

As SASB helps to shape the next generation of information available to the capital markets, its standards strive not only to provide improved transparency to the marketplace by yielding material, decision-useful information to investors, but to do so in a cost-effective manner. With an average thus far of five topics and 14 metrics (79 percent quantitative) per sector, we’re on the right track, and the fact that our provisional standards have been downloaded more than 4,200 times for just five sectors demonstrates global demand.

SASB couldn’t have made it this far without the invaluable support of our stakeholders. The 2,110 participants in SASB’s standards development process have included professionals from publicly traded companies with $9.8 trillion market capitalization and investment firms with $21.7 trillion assets under management.

The capital markets need better reporting on material factors, not more reporting. Working to accelerate this evolution, SASB will continue to deliver sustainability accounting standards to the capital markets, one sector per quarter, through the beginning of 2016. As we build momentum, we appreciate your continued support.

Dr. Jean Rogers is Founder and CEO of the Sustainability Accounting Standards Board.