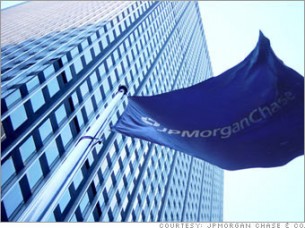 With all the attention at J.P.Morgan Chase’s annual general meeting yesterday focusing on the vote on Jamie Dimon’s chairman/chief executive role, it’s easy to overlook that the bank faced a number of other shareholder resolutions on issues such as human rights and political lobbying.

In the event, the non-binding proposal requiring the separation of the chairman and CEO, brought by the AFSCME Employees Pension Plan, Hermes Fund Managers, the New York City Pension Funds and the Connecticut Retirement Plans and Trust Funds, reportedly gained 32.2% shareholder support.

But shareholders were also voting on a human rights proposal from private investor William Rosenfeld, calling on the bank to adopt procedures to avoid holding or recommending investments that contribute to human rights violations

The Rosenfeld resolution referred to the bank’s being a signatory to the Principles for Responsible Investment (PRI) and its commitment to “incorporate ESG issues into investment analysis and decision-making processes” and “better align investors with broader objectives of society”.
This was supported by €133bn Dutch pension asset investment manager PGGM, which said the bank “couldsubstantively address the issue of human rights to a greater degree given the inherent and potential reputational risks related to investments in high risk markets such as Sudan”. The $168.5bn Florida State Board of Administration also supported this resolution.

But it was opposed by California pension fund giants CalPERS and CalSTRS, the State of Wisconsin Investment Board (SWIB), as well as the C$183.3bn (€137.5bn) Canadian Pension Plan Investment Board (CPPIB). CalPERS said it “believes the company’s existing policy and procedures meet the request of the proposal. We further note the company is a signatory to the UNPRI”.

The Wisconsin fund said it thinks the bank’s “existing environmental and social risk management mechanisms and processes for financial transactions appear to address the concerns raised in this proposal”.

The bank also faced a proposal from the Sisters of St. Francis of Philadelphia and others requesting a report on its lobbying activities and expenditures. This was supported by PGGM and CalPERS, but voted against by the SBA, CalSTRS, Wisconsin’s SWIB and the CPPIB.