Responsible Investor
Home News & Analysis Environmental Norway must reveal the real reason why it is implementing a carbon...
Return to search
Environmental 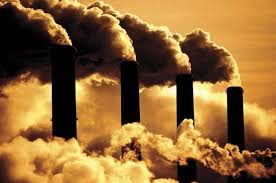 We all welcome the news that the world’s largest fund is investing more in renewables but the big question is why?

Prime Minister Erna Solberg has claimed that this is a contribution towards solving climate change but despite a long history of ethical investment, this simply doesn’t stack up other than supporting the political narrative.

The science of climate change has always been highly certain so it is unlikely that someone in the ministry has suddenly realised the urgency of this forthcoming physical catastrophe and decided to tilt the portfolio. It is even less likely that the guilt of decades of fossil fuel profits has resulted in a new ‘mea culpa’ investment strategy.

A far more likely scenario is that this is in response to the wave of pressure around high carbon risk. The unburnable carbon and stranded asset reality has been backed by campaigns from Carbon Tracker, the Asset Owners Disclosure Project (AODP), 350.org, ShareAction and Oxford University to a point where the real issue – portfolio level carbon risk management cannot be ignored.

Given the lack of avoidance, diversification and insurance risk management options for asset owners, the creation of their carbon hedge is their sole tool – albeit one with a myriad of implementation options. Whatever their own carbon hedge menu, they need assets that increase in value once a large direct or intrinsic price on carbon gets closer to realisation.

Risk within a sector, even a theme, is a zero sum game. AODP has always argued for a better re-pricing of the uncertainty around high carbon investment given the multiple pathways to asset stranding and so unless the giant Norwegian fund intends to be overweight the energy sector by a huge factor, it must by definition have repriced the carbon risk premium.

The missed opportunity here is for Norway to come clean and state whether or not this is a carbon hedge guess based on the kind of risk aversion Bob Litterman has been arguing for or whether they have run some scenarios and come out with some real data.

Actually, either would be fine in the short term as there doesn’t need to be a great deal of analysis to realise that 55% exposure to high carbon assets versusless than 2% in low carbon ones represents a roulette-grade gamble against a low carbon transition. The instinctive need to be risk averse and re-balance quickly before the inevitable stampede, even a 5-15 years away stampede, is clear especially for an asset owner linked to a fossil fuel sovereign risk that Norway bears.

Middle Eastern sovereign wealth funds (SWFs) are doubtless crunching their numbers as we speak in the direction of their own low carbon hedge. If they aren’t then the concept of climate denial has gone way beyond the science.

“It must by definition have repriced the carbon risk premium.”

When Norway announces its detail on 4th April, it must grab the chance to educate all asset owners on the need for risk aversion and be transparent about their view of the long-term odds that will guarantee a new systemic risk premium for all portfolios.

The five funds rated AAA in the AODP’s 2014 Global Climate Index are all underweight carbon in their portfolios, but often based on instinct rather than scientific scenario-based hedging strategies.

However, the time has arrived for asset owners to come clean on the complex journey ahead for calculating this risk premium and moving away from their fund managers’ “it’ll be alright on the night” business-as-usual approach.

Leadership is everything in an immature market – with an approximate $10trn tag on the low carbon transition and around a trillion already invested, the carbon transition is young indeed. But funds like the Norway Global Fund can do more than just write cheques for renewables to help drive change across the industry and get us closer to that tipping point where the stampede begins.

If they really want to solve climate change, send a risk aversion message to their peers and stop pretending it isn’t about the money.

Julian Poulter is the Founder and Executive Director of the Asset Owners Disclosure Project.