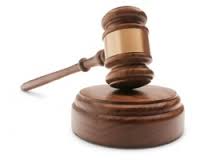 The final judgement of the Commonwealth Bank of Australia’s (CBA) shareholder rights case late July will leave a large, indelible mark on Australian democracy and will close the door on any expectations that large corporations do anything except look after themselves and their executive bonuses.
The Australasian Centre for Corporate Responsibility’s case against CBA (RI coverage) was over a simple question – should today’s shareholders have a right to raise questions of a company board at their annual general meetings as a matter of course, or do they need to reconstruct the entire basis of the company by changing the company constitution?
To the average citizen who understandably doesn’t live their lives by the rules of corporate governance, a massive ‘so-what, who cares’ response is natural. But this is the ultimate example of extending corporate power by stealth.
Why would CBA, or any company, not want its shareholders to be involved? For a start there is the natural ‘it’s my ball and you’re not playing’ stance that already dominates US governance as decades of corporate power hoarding have shifted the balance strongly to those managing the company away from those who own it. For the millions of Australians this must be confusing but in the murky world of institutional governance this is sadly not surprising.
The problem for shareholders comes when there is an important issue for the long-term stability of the company, but where those with short-term incentives – the company executives and the fund managers – simply don’t want to address. Climate change risk is such as issue.
Since the judge’s decision, CBA has admittedly gone some way towards reducing its future exposure to greenhouse gas intensive projects by walking away from its role as financial advisor to the $16bn Adani coalmine project in Central Queensland. But the move – claimed by environmental campaign groups as a pyrrhic victory – had very little to do with CBA making an assessment based on climate risk, a CBA spokesperson tellingFairfax (owner of the Sydney Morning Herald, Melbourne Age and Australian Financial Review) a “refocusing of the project on gaining the various outstanding approvals” meant the financial advisory mandate had ended. ACCR raised this case because it was quite clear that large corporations were not going to accept climate change as ordinary business, forcing smaller shareholders to raise issues like climate change only by changing the company constitution.

This meant a 75% voting threshold and guaranteed that short-term fund managers and the conservative superfunds would not support the issue. Indeed, institutional investors were notable by their absence in the whole affair.

Thus CBA has shut the door on the whole Corporate Social Responsibility (CSR) industry as being little more than a waste of time. This was the ultimate clinical play for corporate power and we should not be surprised.
Perhaps we should abandon CSR and the consideration of environmental, social and governance (ESG) efforts at the company level immediately and realise that only the superfunds driven by members are ever going to change this woeful corporate system into a financial democracy where the members have their long-term interests looked after.
In the low-carbon economy transition debate, the divestment movement can rightfully point to this as more evidence that engagement with companies stands little chance of success. Without a sudden attack of bravery by the superannuation industry, the odds of such engagement working in Australia just lengthened.
It is ironic that in a week where Hillary Clinton had started to address the short-term imbalance in the US corporate system, financial democracy on the other side of the Pacific should suffer such a blow.
As the saying goes, all that is required now for evil to triumph is for good people to do nothing.