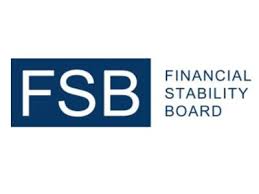 “Events, dear boy, events” is the quote attributed to former UK Prime Minister Harold MacMillan and has since been used whenever planning and scope management are overtaken by reality.

This is the world of the FSB Task Force on Climate-related Financial Disclosures.

Already the “voluntary” disclosure notion is looking dated as first the French and now the Chinese have embraced mandatory disclosure and the PRI has signalled its intention to ramp up accountability, a move certain to trickle down the chain.

Additionally, the Exxon AGM which replaced COP21 as the focus of much financially related climate activity, was a battle fought over the very issue the FSB is considering and investors are lining up for another front in 2017 but this time with significantly more ammunition at their disposal.

The FSB should note that if 38% of the owners of a company fighting with unique collaboration cannot secure disclosure then a regulator’s polite request for the same is likely to have the Exxon board in stitches of laughter.

But I am not pessimistic about the impact of the FSB task force — far from it.

Firstly, as an example of leadership it will take a place in history as it took bravery by a central banker to raise the issue in the first place, amongst peers who surely pointed out that traditionally their role was only to pick up the pieces and regulate after a financial crisis and not before one.

Mark Carney’s wild idea that the FSB might actually work on an issue to pre-empt a future (“sub-clime”) crisis must have sent some of his peers diving for cover.

It’s one thing to get tough with vested corporate and financial interests when they’ve bought us all to the brink of system collapse but to actually ask them to start safeguarding against an even bigger crisis without knowing its precise timing, impact or reach is going against their grain.

Secondly, the FSB Task Force’s biggest impact will be to engage the G20 finance community and start the long overdue process of getting climate change out of the hands of the UN and where it belongs, in the hands of those charged with overseeing the global economy who are getting ever more nervous about the inevitability of the stranded asset scenario.

Finally, in markets, the signal of inevitability will have got stronger for the players at the coalface of trading stocks and bonds. Even in a low discount rate environment, the idea of long term risk management is amusing to those closest to the market but this work creates new immediacy.
However, for those in the climate community hoping for an FSB panacea at the end of this year, disappointment will ensue. Anyone asking themselves how the FSB usually deals with such issues should take a look at recent history.Most relevant to the Climate Task Force have been the six (yes, six) papers issued on data gaps over the last seven years following the sub-prime crisis. This points to the reality that this climate task force’s work will hardly make a dent on the issue of material disclosure when it releases v1.0 sometime later this year.

Furthermore, the idea that the consultation process will be finished before the FSB meets to sign off the report on February 6 next year simply doesn’t account for the backlash in all directions that the task force will face.

For starters, the exposed companies themselves will complain about disclosure overhead and use even more of their financial muscle to avoid it than they have buying political intransigence.

On the other side of the fence the leaders, particularly leading asset owners, will cry that it doesn’t go far enough and that they and some exposed companies already report to a higher standard. Implementing a lowest common denominator was one of the risks and if the FSB cannot see its way to a higher standard then the very least it must do is point to a guarantee that it will come soon.

The best thing for the task force and its already exhausted part time members, all with other demanding jobs, to do is to ensure that Chapter One of the report talks about V2.0 and beyond.

It’s essential that V2.0 recommends mandatory disclosure, a move that will please all progressive investors and most other stakeholders — except the exposed companies and the data providers who stand to lose out heavily once voluntary frameworks remove their competitive advantage.

Volunteers welcome for the risky job of informing Mr Bloomberg that he will thus have to choose between financial sacrifice for his company or advancing the solutions to climate change and a better functioning marketplace.

FSB–TCFD V1.0 will launch the challenge back to the G20 but the implementation will be a disaster without a clear message of follow up with a similarly heavy hitting crew on board

The G20 finance ministries must create a climate stability team that is permanently staffed and possibly under continuing FSB guidance.

It must extract many of the existing people into full time roles, not an easy task given the quality of individuals, and add some others key to the challenge. This team must deliver V2.0 and beyond with a focus on the thorny issue of turning disclosure into reasonable actions such as portfolio hedging, company engagement, portfolio shadow carbon pricing and greater buffer liquidity.

The cost of a crack team to do this work at G20 level will be high but minuscule compared with the costs borne by the G20 and the FSB in wake of the last (still continuing) crisis, let alone the wider economic costs. The bargain of the millennium awaits the FSB Task Force and the G20 and having come this far against many odds, it must deliver not only a starting point but a blueprint for its own future.

Julian Poulter is the founder and Chief Executive Officer of the Asset Owners Disclosure Project.