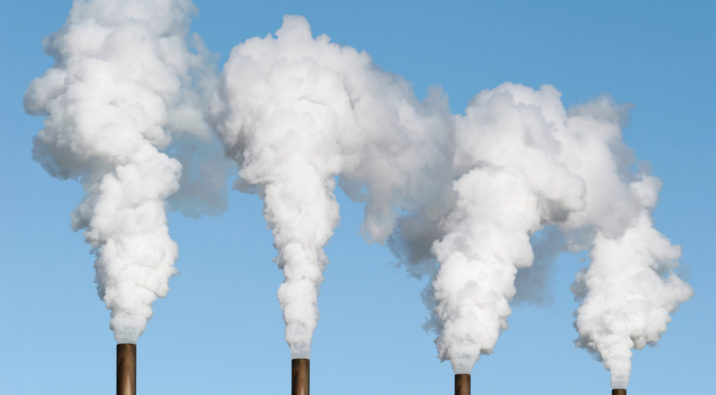 Just 10 percent of Climate Action 100+ target firms are broadly aligned with the Paris Agreement when it comes to their direct climate policy engagement, the $68 trillion investor alliance has revealed.

The findings, which are based on data from non-profit InfluenceMap, were revealed in the third and final net-zero company benchmark report under the initiative’s first phase, which is coming to an end after five years of engagement.

CA100+, which targets the world’s most systemically important listed emitters, is preparing the second phase of its work. It announced Thursday that details on strategy will be revealed in the first half of next year ahead of a phased implementation from the middle of 2023.

Its latest report painted an even worse picture for firms’ indirect lobbying via industry trade associations, with only 4 percent aligned with global climate goals.

When asked if the widespread misaligned climate lobbying indicated a lack of corporate commitment to transitioning, Jake Barnett, director, sustainable investment services at US-based Westpath Benefits & Investments, told Responsible Investor there had not been enough time “to equate climate policy alignment with commitment to transition”, given that it has only become a topic of investor concern in the last few years.

“If investors do not see progress in the next one to two years, I see it as a cause for serious concern about a company’s commitment to transition,” he added.

Wespath is an asset owner member of CA100+.

Barnett told RI that investors should escalate engagement via resolutions and “potential votes against board directors” if they feel adequate progress is not being made.

He also added that asset owners “must engage their asset managers” to ensure they are asking for strong climate policy alignment of their portfolio companies.

“Many companies understandably make net-zero or climate-related commitments contingent upon policy and society coming into alignment to support stated decarbonisation goals,” he said. “However, if companies’ climate policy engagement does not align with their stated climate commitments, they are effectively advocating against their stated goals.”

Johan Florén, head of communications and ESG at Swedish government pension fund AP7, also told RI that it was important to put InfluenceMap’s numbers in context when interpreting them.

He highlighted that tools such as the global standard on corporate climate lobbying, which was launched by AP7 with BNP Paribas Asset Management and the Church of England Pensions Board, was only released this year.

Net-zero commitments and climate action plans are not yet widely established, Florén said. He added: “In large companies, evaluation, decision and implementation processes can take some time. If we still have the same numbers in 2025, there is cause for concern.”

CA100+’s latest assessment, published just six months after the last, did reveal some progress, with 75 percent of the 159 target firms having now made net-zero commitments, up from 69 percent in March.

In a press release, the initiative noted that at the time of launch in 2017, only five CA100+ focus companies had set net-zero commitments. “Investor engagement through the initiative has played a significant role in accelerating the net-zero journey of focus companies,” it continued. “This reinforces the value of CA100+ in facilitating targeted engagement that has resulted in a tangible impact at some of the world’s largest corporate emitters.”

These high-level commitments, however, are not yet being matched by credible transition plans in most instances, the initiative found.

Only 10 percent of focus firms have set short-term targets – up to 2025 – that are aligned with a 1.5C scenario “and cover all material emissions”, the benchmark revealed.

While 82 percent have set medium-term emission reduction targets, only 20 percent “have established ambitious medium-term targets that cover all material scopes and are aligned with a 1.5C pathway”.

Moreover, just 10 percent of companies have committed to fully aligning their capital expenditure plans with their GHG targets or the Paris Agreement.

Catherine Howarth, CEO at non-profit ShareAction, said the benchmarking exercise shows that, at the close of CA100+’s initial five-year phase, its target emitters “are not remotely decarbonising at the pace needed to avert severe climate damage”.

“This failure of stewardship risks significant losses to investment portfolios and economies,” she said. “Signatories to CA100+ have failed so far to manage climate risks in line with their fiduciary duty of prudent behaviour.”

As part of CA100+’s second phase, the initiative will undertake a consultation on proposals to enhance its company benchmark, to ensure that it “continues to effectively support investor engagements with focus companies and drives greater company ambition and action on climate change in the critical period up to 2030”.

A CA100+ spokesperson told RI that it will specifically be consulting on revisions to its disclosure framework indicators, including on decarbonisation strategy, capex, climate policy engagement and Just Transition, as well as adjustments to the alignment assessments provided by the initiative’s technical advisory group.

ShareAction’s Howarth stated that for the CA100+ second phase to be successful, the initiative “needs to step up and significantly raise the bar for signatories, for example by ensuring they have robust engagement plans in place”.