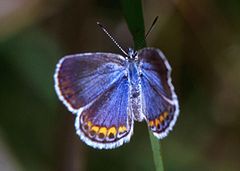 Vicki Benjamin, President at US SRI firm Calvert Investments, is looking to “turn the dial on socially responsible investing” with the launch of a pioneering investment firm focused on animal welfare, an area that she believes has been missing from ESG conversations.

Karner Blue Capital (KBC) – named after a rare butterfly – which was launched this week, claims to be one of the first US investment firms to offer an investment strategy focused on “promoting the just and compassionate treatment of animals”.

Benjamin explained to RI that her role as President of Calvert Investments is still her “main job” but that once the firm has been “liquidated” her new role as Managing Member and President of the newly launched Maryland-based investment firm will be her sole focus.

The “business assets” of Calvert Investments, which Benjamin joined in 2015 as part of a restructuring of the firm’s executive team led by CEO John Streur, were sold to New York-listed asset manager Eaton Vance’s newly created subsidiary, Calvert Research and Management in 2016.

She told RI that animal welfare is currently “not really covered by the big data providers” and is “not something companies pay much attention to”.

But – referencing the scandal at Seaworld, the US animal theme park – she argues that animal welfare is not only a moral imperative but also “an investment risk”, one that is currently “not being quantified”.

Following the 2013 release of the documentary Blackfish, which depicted cruel treatment of orca (or killer) whales, Seaworld’s stock-price collapsed.

KBC’s newly launched Global Animal Welfare Strategy, which focuses on advocacy, engagement and education, claims to offer investors access to an investment universe of around 119 companies, across 18 industries, that have the best animal welfare practices relative to their industry peers.

Investments – set at a minimum of $4,000 – are made through Folio Investments, the fintech company founded by Steve Wallman, the former Commissioner of the US Securities and Exchange Commission (SEC).

When asked about the type of investors that would be attracted to such a strategy Benjamin said: “We will attract retail investors, but we would love to get some institutional investors,” adding that “there is a lot of interest in this product”.The firm has already identified 12 companies that will be subject to a “more aggressive engagement strategy”. The firm bought shares in these companies last year enabling the company to file resolutions, in line with SEC rules.

On the question of investment returns, Benjamin told RI that whilst she is not allowed to disclose the back-tested returns of the portfolio, she believes that KBC’s products will give a “market return” and one that isn’t “concessionary”. But she added that the strategy is “not just about making a lot of money, it is about getting the message out and raising the issue”.

She added that 10% of its management fees will go back to NGOs.

KBC’s newly launched strategy employs a “double-screen” to create its investment universe. Its initial ESG company screen relies on data from Munich-based ESG research house oekom – which was recently acquired by ISS. Companies that meet the minimum ESG weighting then pass through KBC’s own proprietary “animal welfare models”, which rely on information gathered from a wide variety of sources, including NGOs and sustainability reports.

“This growing segment certainly mirrors the interest we are also noting in the broader investment space – where awareness of animal well-being, including the type of environment in which animals are produced and reside – has the potential to affect financial outcomes across sectors from pharma-to commodities to further down the supply chain to the more consumer facing brands.”

This view was echoed by the Interfaith Center on Corporate Responsibility. CEO Josh Zinner said: “ICCR views this work as a critical yet often overlooked piece of the growing movement on sustainable agriculture.”