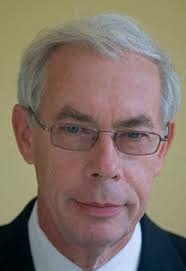 In a wide-ranging interview with Responsible Investor, he explains why he doesn’t want to see a future with asset management dominated by public equity and the “paraphernalia” of public markets, advocating instead the committed investment style of Warren Buffett.

He continues: “This gives you stronger relationships between the asset managers and the companies. In a way it is the Berkshire Hathaway-Warren Buffett model which is very successful.”

“My view is that equity markets that we currently know came into existence at a time when shareholders were very diverse, when companies were much more capital intensive. They used to fund first of all railways, then breweries, then auto plants with savings of a large number of relatively small shareholders.

“The world isn’t in the least like that anymore. Companies aren’t in the least capital intensive in any way. The capital they use isn’t specific to their business in that sort of way, and most of the share ownership is intermediated so that people hold shares through asset managers not directly themselves. So Apple has no physical assets to speak of and something like £3bn against it and a market capitalization of £500bn.”

Kay’s government sponsored report, which led to moves to clarify fiduciary duty in the UK and scrap requirements for quarterly reporting from listed companies, highlighted the explosion of intermediation in financial markets – combined with a decline in trust in the investment industry.“Whether the reasons for the proliferation of intermediation and intermediaries are good or bad,” he said in the report, “such proliferation adds to the costs of the investment chain, and creates potential for misalignment of incentives at each link of the chain.”

Kay blames the rise of intermediation on a decline of trust and confidence in the investment chain. Indeed, trust – or the lack of it – is a recurring theme for Kay. In the report’s foreword, he said: “Financial intermediation depends on trust and confidence of savers who invest funds have in those they choose to manage funds, and of investors in the businesses they support.”

And two years on he is firm in his view that attitudes and culture are the key to long-term change in financial services, not new rules and legislation as advocated by some in the responsible investment arena. Kay says: “I think we have far too many rules and regulations already and actually in some sense there is too much compulsory disclosure. We are going down the route which leads nowhere as it is not dealing with the origins of the problems.”

Kay says he regrets this is an issue he didn’t address enough in the review: “The more I thought about it after the review, the more I’ve come to think that the rules and laws about insider trading are part of the problem and I know that at the time I didn’t say very much about it, because it’s just a step too far. But we didn’t go far enough in starting to get to that point.”

His reasoning harks back once again to the importance of close relationships and trust. He says corporate governance is not “a game in which you are trying to let everyone gamble on a level playing field”. He says you want to have close relationships between corporates and large asset managers and there are a whole raft of rules and regulations which simply get in the way of that.

So Kay recommended that the UK Stewardship Code should be developed to incorporate a more expansive form of stewardship focusing on strategic issues as well as questions of corporate governance.
What does Kay think effective stewardship looks like? “It is a world which has asset managers in a much more focused, concentrated portfolio with quite close relationships with companies in which they engage,” he says.

His review also sought to foster relationships between asset managers and companies – and his recommendation for an investor forum was taken up by UK business secretary Vince Cable. For Kay, the forum, which is currently being formulated, must involve people who are actually involved in investment management rather than being another corporate governance sounding board.

“One of the serious things that worries me is the degree to which investment management and corporate governance have become distinct and when you talked to the industry they’d say it wasn’t true – but it clearly was.”

Star investor Neil Woodford said Kay’s idea for an investor forum was like herding cats. “What’s wrong with herding cats?” is Kay’s curt response. Others have said in private that Kay appeared to be looking at the investment world as it used to be, not as it is. Kay says: “In a sense I might not have been radical enough in saying what I have said about public equities markets. But what I did say is more radical than where most people are at the moment.”

He says he wouldn’t mind “one or two retired capable chief executives” being involved in the forum.This prompts him to reflect that one of the things that depressed him about his review exercise – the lack of interest from corporates: “I actually think their reaction is to put the whole thing in a kind of corporate governance box which is just a form of form-filing bureaucracy.”

Kay also has some reservations about the Law Commission’s reaction to his review. “I’m pleased they got it somewhat into the final review,” he says. “Because I was disappointed that at the interim stage they seemed to focus almost entirely on pension funds. There is a much broader question of fiduciary duties and similar duties right across the financial sector. I think we need to attack that.

“But the rest of the story is dynamite,” he remarks. “Because if you are serious about this you are attacking the model of large investment banks.”

While he may feel he didn’t go far enough in challenging the public equities markets in his review, he hints that he will be looking more closely at it in a new book. “I am going to ask the question – what would a financial sector designed to meet the needs of the real economy look like? Finances are too much designed around the needs of people who work in finance,” he says.

And what of the progress of his review? The UK government is set to review it this year. “Overall it’s not bad,” says Kay. “The fact that people keep talking about it is in a sense what we wanted to achieve. This is a long-term issue and I hope that we will get a further monitoring of progress