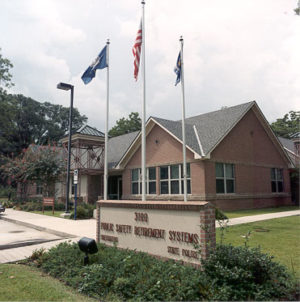 Kleinwort Benson Investors (KBI), the Dublin-based environmental specialist that is now owned by France’s Oddo & Cie investment house, has suffered its second US mandate loss in a month after the Louisiana Firefighters Retirement System has terminated it from a water mandate worth $18.7m after nine years.

It follows KBI’s loss of a sub-advisor role at a water fund offered by Calvert Investments earlier this month as the US socially responsible investment firm shifted to a passive strategy.

KBI, which has €7.7bn under management, is the former Dublin arm of KBC Asset Management that was part of Brussels-based holding company BHF Kleinwort Benson Group SA (formerly RHJ International SA) that was recently acquired by Oddo.

According to trustee board minutes of the $1.2bn Baton Rouge-based fund the ‘change of control’ at KBI was an agenda point at a meeting last month.

The minutes go on to say that the board “recognised the volatility of returns associated with the fund’s performance.”The board also discussed an asset-liability study that was to be presented by consulting firm NEPC. These two factors prompted a “thorough discussion” of removing volatility from the portfolio.

Investment Committee Chairman Stacy Birdwell moved to terminate the account effective immediately and the motion passed. The fund had been in the water vehicle since July 2007. The water fund has a one-year return of -15.9% (against a -12.3% return of its MSCI ACWI benchmark), according to the fund’s most recent investment report compiled by NEPC.

Geoff Blake, Head of Business Development & Client Services at KBI, said: “Following the appointment of new consultants Louisiana Firefighters Retirement System have been looking to reduce the number of managers on their books… furthermore to reduce portfolio concentration and volatility within their global equity bucket. Their decision was based entirely on meeting these objectives.”

Blake told RI earlier this month that KBI had attracted $300m of new client assets invested during January and was optimistic about its “pipeline” of new business.