I have good news. The first mass vaccine against the virus is apparently only two weeks away.

Moreover, this is just one of nearly two hundred different projects which are advancing with unprecedented speed, and six of which are already in Phase III human trials. We will have a vaccine soon, maybe several.

But, I also have bad news. A toxic cocktail of politics and nationalism has gripped this scientific race, and is leading to a dangerous cutting of corners. In particular, a growing whiff of scandal surrounds America’s “Operation Warp Speed.”

You may have missed that first vaccine news. Moscow’s determination to win the vaccine race was clear when Russian spies were caught hacking into British and American virus research. They claimed their “Sputnik moment” anyway, as the Gamaleya institute announced they expected vaccine approval soon after August 10th.

The only problem is that Phase III human trials will begin while the drug is being administered.

A few ground rules on drug development. A globally-accepted regulatory process has evolved to eliminate risks. This involves a series of pre-clinical lab trials, proving science and testing on animals, before human trials are then held in three phases. For vaccines, Phase I takes a small number of volunteers and establishes safety. Phase II uses a broader sample to explore side effects, dosage, and, crucially, measure immune response. Phase III involves thousands, to establish how a vaccine would work in the population at large.

Very few vaccines make it through all these stages. Maybe one in twenty. So it is lucky that the WHO lists 164 projects (probably an underestimate), with 25 in human trials. Six vaccines are currently in Phase III trials – the Russian drug is obviously not one of them.

A British team led by Oxford University’s Sarah Gilbert & Astra Zeneca are in the lead. They had a distinct advantage – they were already working on a MERS vaccine when Covid struck. They also ran Phase I and II trials simultaneously with 1077 volunteers in southern England. To do this they limited volunteers to less exposed groups; so under 55’s only, and 91% white. In Phase III it will be crucial to see how older and ethnic patients respond. First trial results are expected to be published in October and November. But there is a tantalizing possibility that something might be announced earlier if there is a profound and obvious benefit.

Then there are the three Chinese vaccines. CanSino Biologics uses similar science to the Oxford team. Basically the body is exposed to a virus modified to look like Covid to its immune system, triggering a response. The other two Chinese candidates use an inactivated vaccine (which may require greater quantities of material).  Beijing-based Sinovac Biotech, is moving into Phase III trials in Brazil, while Sinopharm are in Abu Dhabi.

Until a week ago, those were the leaders. One British and three from China. Any country missing?

There was quite a lot of razzmatazz around the launch of Phase III trials for US company Moderna in Miami on July 27. I was transfixed to see Florida Governor Ron DeSantis actually wearing a mask, but then it struck me what a high profile political event this was, with not just the Governor but also the Vice-President present. Why?

Some suggest we are in the last 100 days of the Trump presidency. Certainly he is so far behind in the polls it’s going to need some kind of miracle to win. Could a vaccine for the virus be such a miracle? In the last week, two American vaccines were fast tracked to Phase III.

Trump announced Operation Warp Speed back in April, promising researchers government money, and government help in running clinical trials. Under Warp Speed, politics, business and the regulators have got very cosy. Two senior FDA officials were involved in Warp Speed from the beginning – Janet Woodcock and Peter Marks. Ms Woodcock has stood aside from her FDA drug regulation role now – Dr Marks has taken it over. The head of the FDA, Stephen Hahn, was also at Moderna’s launch in Miami.

I know we have an urgent need for a breakthrough, but all this ‘cosiness’ reminds me of what went wrong at Boeing.

Two American hopefuls were fast-tracked to Phase III in the last week. One is the Moderna drug, the other from Pfizer (working with German company BioNTech). Both are notable as they use a new technology, never used before on humans, MRNA (a genetic material that circulates in the body giving cells protein instructions).

Moderna certainly has moved with warp speed. It began human trials after just two months of lab work, and reportedly no animal trials. Its first results, released with great fanfare, related to just eight people in a study of 45. Phase III trials were announced before Phase II were even finished.   The company now promises those results by October.

Not bad for a company which started with $2m in 2011. On the announcement of Phase III trials the stock rose 9%. The stock has quadrupled this year, and is now valued at $30bn, though it is yet to have a single product. Not bad for Moderna’s Executives either, who have reportedly sold $89m of shares in the last few months. The company says this is in pre-arranged sales plans. CEO Stephane Bancel has praised the “extraordinary collaboration” between business and government.

The co-leader of Warp Speed, Dr Moncef Slaoui, worked until his appointment at Moderna. He resigned from the board three days after his appointment, and pledged to divest his $10m in stock options, though being designated a “government contractor” he is exempt from full disclosure.

There have been allegations against Dr Slaoui regarding his involvement with the Avandia drug scandal. The FDA believes there have been 83,000 premature deaths from heart failure linked to Avandia. GlaxoSmithKline, where he was then chief scientist, was accused of not reporting adverse clinical results fairly, and in 2012 agreed to pay a $3bn fine to solve civil and criminal liability.

The Warp Speed programme needs to be squeaky clean, especially given the growth of the anti-vaxers movement in the States.

In a recent poll by the University of Chicago 51% of Americans said they either would not take a vaccine or were not sure. This rose to 72% amongst African Americans.

Anti-vaxers in South Africa held up signs recently complaining “we are not lab rats.”  Somewhat unfair, as the research charitably funded by Bill Gates is intended to ensure that Africa is not left out of the vaccine scramble amongst the rich nations.

Given that a recent investigation has suggested insiders at at least eleven different companies working on the virus have sold stock worth a billion dollars since March, the lab rats would appear to be a little closer to home. 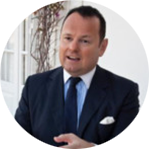 Christopher Walker writes on business and global issues. He ran a large equity fund and has many years of investment experience, including having worked as a buy-side pharmaceutical analyst.