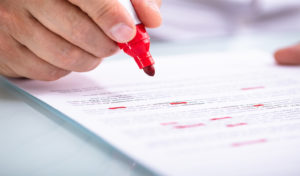 Concerns that companies might not be as committed to sustainability as their public pronouncements suggest prompted a flurry of innovative shareholder proposals at this year’s AGM season, seeking to bind firms more closely to their words by altering their bylaws.

But is the arduous task of getting sustainability commitments into company articles the right way to bring about change?

Attempts were made this year at UK banking group Barclays and European oil major Total to hardwire their support for the Paris Agreement into their bylaws. Similar efforts were made in the US to hold companies accountable to the pledges their CEOs made via the Business Roundtables’ (BRT) 2019 statement on the purpose of a corporation, promising stakeholder-centric and environmentally-conscious capitalism.

US non-profit As You Sow was behind two proposals responding to the BRT statement this year, filing at investment behemoth Blackrock and pharmaceutical giant McKesson. CEO Andrew Behar tells RI that getting companies to enshrine pledges into their articles is important because failing to honour them becomes a “breach of fiduciary duty”. Put simply: “They could be sued”.

Behar describes the “cognitive dissonance” between the words and actions of some BRT signatories. Blackrock’s CEO Larry Fink, for example, dismissed the As You Sow resolution because the firm “already operates in accordance with the [BRT] principles” – but data suggests that Blackrock opposed more than 80% of climate proposals at its investee companies this year.

Jean Rogers, founder and former head of Sustainable Accounting Standards Board (SASB), sees shareholder proposals like those on the BRT commitments as borne partly by frustration. It is an attempt, she says, to “add some teeth” to corporate pledges, but Rogers questions if there aren’t  “simpler and easier” ways to hold companies to account than amending articles.

Rogers is now Chief Resilience Officer at the recently-launched Long Term Stock Exchange (LTSE), a US-based exchange for firms and investors with a longer-term focus.

Part of the “additional governance” required to list on the LTSE is the requirement that company boards include stakeholder oversight in their governance committee charters, making it the responsibility of the chair of that committee to oversee a company’s strategy around wider stakeholders like local communities, the environment and employees.

Rogers explains that the benefit of this approach, aside from being less arduous than changing company bylaws, is that you have a “have a specific person who is directly accountable” – a person shareholders can take a voting position on.

It is this level of accountability that changing articles lacks, Rogers believes. To hold a company to account over a failure to meet their articles would have to be done through the courts, which isn’t something that investors typically do, and may be a difficult process to establish, she says.

“I think it is just easier and more direct to target directors and the governance committee over the more diffuse accountability that comes with changing and enforcing articles.”.

It is also an approach that Rogers believes is more aligned with “traditional actions” investors take to hold companies to account; namely “investing, divesting and voting your proxies and holding directors accountable”.

Interestingly, no single board director at Danone has responsibility for the sustainability objectives it added to its articles this summer. The Paris-based food giant bucked the trend this year by asking shareholders to endorse its adoption of France’s new Entreprise à Mission model, which under French law is a firm whose social and environmental objectives are aligned with its purpose and set out in its articles. Danone maintains accountability for those commitments through the establishment of an independent board – including Hiro Mizuno, ex-CIO of the Japanese Government pension fund – which monitors and reports on progress at the annual meeting, with PwC providing a third-party opinion.

Time to focus on directors?

The special proposal at Barclays this year, which called on the bank to cement its commitment to Paris into its bylaws, required 75% backing to pass; a target it did not reach.

But the proposal did prompt the bank’s board to take the unusual step of countering with its own, less ambitious proposal. That proposal was passed.

Natasha Landell-Mills, Head of Stewardship at Sarasin & Partners, one of the co-filers of the Barclays resolution, describes the board’s version as “weaker”, but still a “significant” amendment to the bank’s articles and one that “needs to be taken very seriously by the directors”. Although, she adds, “any kind of legal challenge is pretty remote” because the proposal centred on a looser “ambition” rather than quantitative targets.

She describes proposals like this as an “interim step”. Ultimately what is needed, she says, are “boards that are committed to delivering Paris-aligned strategies rather than having an ambition”.

“The push back from directors is that such a commitment would tie their hands. In a sense, this is the point”.

Landell-Mills says that, while continuing to file resolutions will maintain a focus on these issues, her real hope is that “investors will start voting against directors who fail to make and meet commitments on climate action”.

In fact, she says, climate proposals themselves may unintentionally be stifling action against directors – serving as a “kind of escape valve” for investors frustrated by a lack of progress – although the climate competency of directors has faced more scrutiny this year, with asset owner-led campaigns at Exxon and JP Morgan.

She also points out that in the UK, shareholders don’t necessarily need to make changes to company articles to hold directors to account for environmental impacts because it is part of their responsibilities under Section 172 of the Companies Act.

Rogers agrees that votes against directors are key, but thinks that there is a “reluctance” by investors to “leverage the full extent of their power” here. Part of the problem, she thinks, is that investors are still too focused on “specific risks at specific companies” and are not paying enough attention to the systemic risk posed by climate breakdown.

Given the urgency of the climate challenge, Rogers thinks that shareholders should ask themselves: “Do we really want to take five years to get the articles changed?”

Investors, she says, should be striving to get the “directors that reflect the governance values that they espouse” and then hold them to account, rather than relying on “complicated machinations” such as changing articles. What is needed, she says, is “alignment between investors, boards and management and for the right messages to be sent through voting”.

And for those companies unwilling to adopt a long-term approach, Rogers thinks investors should adopt the attitude that: “‘Either we're out or we're going to vote your management out’”.

“It's actually as simple as that. I think the question is, why aren't the simple actions being exhausted before we take on lots of complicated ones?”