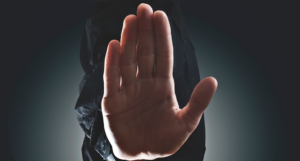 Länsförsäkringar has announced it has excluded more than 10 oil & gas firms – including giants BP, Shell and Exxon – from its investment universe, after dramatically tightening its thresholds around turnover linked to oil & gas extraction and exploration from 50% to 5%.

With the announcement yesterday, the Stockholm-based insurance group becomes the latest in a growing number of investors ditching or planning to ditch big emitters they feel unable to steward.

ABP, Europe's largest public sector pension fund, for example, announced plans in October to exit fossil fuel producers, citing “insufficient opportunity” for climate stewardship.  And last month, RI reported that the board of Danish pension provider PKA had agreed it will sell out of companies being targeted by Climate Action 100+ if they are out of step with the Paris Agreement by as early as 2022.

Länsförsäkringar said in its announcement that it had been gradually tightening its exclusion criteria since 2016, and that the latest update sees around 10 companies added. US oil giants Exxon and Chevron were named, as was state-backed Russian energy giant Gazprom, which Länsförsäkringar engages with as part of investor engagement body Climate Action 100+ (CA100+).

In a link to the updated exclusion list (dated October), the insurer reveals that other recently added firms include European majors BP, Eni, Repsol and Shell. Brazil’s state-owned Petrobas is also listed.

Kristofer Dreiman, Länsförsäkringar’s Head of Responsible Investments, told RI that the companies were excluded in Q4. In total, the divestment amounted to around $77m (SEK 700m), with holding primarily being sold from the insurer’s passively managed funds.

All the companies were evaluated against sectorial transition criteria developed by the insurer this year, and none were, for now, “deemed to be in transition”, Dreiman said. That assessment will be updated on a regular basis, he added.

Länsförsäkringar criteria covers areas such as:  climate commitments and short & long term reduction targets and acting on those commitments (e.g. investments and improved climate risk management); demonstrating emissions reductions over time and that the companies' forecasts for climate emissions are in line with the Paris Agreement

All bar one of the new exclusions are target companies of CA100+. Länsförsäkringar co-led on Gazprom with East Capital and Federated Hermes, but now will take on the role as a supporting investor, joining the likes of AXA IM, Robeco, and Allianz RI was told.

“If excluded companies make climate commitments, act on them, can demonstrate emission reductions and that the companies' forecasts for emissions are in line with the Paris Agreement, we can, alongside a financial assessment, consider classifying them as transition companies and welcome them back,” Dreiman said.