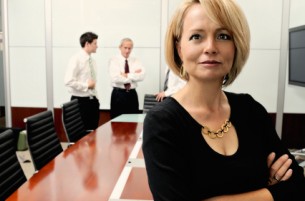 The boards of UK corporations face increasing pressure to step up efforts to promote women to leadership positions after LAPFF, the powerful £120bn (€145.8bn) group of UK public sector pension funds, added its shareholder weight to pressure on companies to have at least 25% female directors by 2015. LAPFF has joined a campaign fronted by Legal & General Investment Management (LGIM), the big UK fund manager, to vote against the Chairman and/or Nomination Committee heads at companies that have not made significant moves on improved board gender equality. The Local Authority Pension Fund Forum (LAPFF), represents 60 UK public sector pension funds. Its backing of the LGIM campaign could make a serious difference to the votes at UK company annual general meetings (AGMs) this year. In October last year, LGIM announced that its shareholder voting policy on the issue would toughen in 2015 by a vote against the Chairman or the Chairman of the Nominations Committee if the company has no women board members, no targets, or if disclosure about gender balance on the board is inadequate. The aim is to prod companies to take voluntary action this year. However, LAPFF said that for this year’s annual shareholder votes it will up the ante by reviewing FTSE 100 company disclosure on women directors and recommending that its member funds vote against the election of the Chairman of the Nomination Committee if there are no women on the board.It said that where there are less than 25% of women on the board it would consider recommending that member funds abstain on the Nomination Committee election. The threat comes as the UK’s biggest companies are falling short of the 25% threshold advocated by the Davies review in 2011. One fifth of FTSE 100 board directors are female. To achieve the 2015 target, boards will have to double the rate of increase of female representation on boards achieved last year. LAPFF chairman, Cllr Kieran Quinn said: “LAPFF will also take board diversity into account in any AGM voting recommendations it may make to member funds. The Forum will directly raise concerns where there is insufficient indication that the company has taken diversity into consideration. LAPFF endorses the recommendations of the Davies review as a balanced and pragmatic package. Any board appointment should be made based on strengthening the board and on merit. Nevertheless, in the light of the slow progress on this issue, LAPFF applauds the initiative of Legal & General Investment Management (LGIM), Aviva and other asset managers to unambiguously flag their position on this important governance issue.” LAPFF said it had been informally raising board diversity as an issue with companies for years and is a member of the 30% Club Investor Group, which promotes voluntary action by British businesses on board diversity.