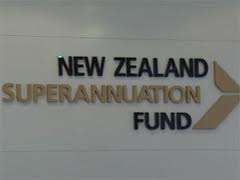 Investors representing over NZ$4trn (€2.4trn) have thrown their weight behind NZ Super’s initiative to take Facebook, Google and Twitter to task over the live streaming of the Christchurch terror attacks on their online platforms, a spokesperson for New Zealand’s NZ$90bn (€54bn) sovereign wealth fund told RI.
Swedish national pension buffer funds AP1, AP2, AP3 and AP4, the UK Local Authority Government Pension Authority (LAPFF), Axa Investment Management, Aviva Investors and Australian super funds HESTA, Local Government Super and VicSuper are among the 52 investors now supporting the engagement initiative that was launched in March in the wake of the atrocity that left 51 dead.
Just days after the attack, NZ Super’s CEO, Matt Whineray, called on investors globally to support its effort to push the companies to tackle the live-streaming and sharing on social media of such content.
He said at the time: “We have been profoundly shocked and outraged by the Christchurch terror attacks and their transmission on social media. These companies’ social licence to operate has been severely damaged. We will be calling on Facebook, Google and Twitter to take more responsibility for what is published on their platforms”.
NZ Super’s spokesperson told RI that giant fund is still in the process of gathering support for the initiative and planning the details of the engagement.Last month, the NZ Super also announced that it had excluded companies involved in the manufacture of civilian automatic and semi-automatic firearms following the passing of the new Arms (Prohibited Firearms, Magazines and Parts) Amendment Bill by the New Zealand government on the 10 April in response to the attack.
It said it worked with external service provider MSCI ESG Research to identify companies captured by the new exclusion category and it will divest NZ$19m of investments in American Outdoor Brands, Daicel, NOF, OLIN, Richemont, Sturm, Ruger & Co., and Vista Outdoor.
NZ Super’s Whineray is also co-chair of the country’s government-backed Sustainable Finance Forum, which also launched in March and is charged with developing a roadmap to help New Zealand “shift to a financial system that supports rather than hinders economic, social and environmental outcomes”.
The forum’s work programme kicks off with a six-month period of “engagement and deliberation”, followed by an interim report towards the end of the year. A final report and roadmap is expected in 2020. A technical working group and secretariat for the initiative are still being finalised.