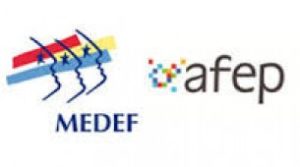 Can we talk about a “Shareholder Spring” in France this year? May and June saw considerable activity on corporate governance issues, but the results look far from revolutionary: an abandoned draft law, a report on responsibility and company performance and a revised version of the AFEP–MEDEF Code (AFEP is the French private companies association, and MEDEF is the French employers association). The logic to these developments is difficult to follow for the casual observer. What are the new aspects of the AFEP–MEDEF Code, and to what extent does it differ from the government-backed draft proposals drawn up by French politicians Jean-Michel Clément and Philippe Houillon on corporate governance that were released earlier this year, only to be abandoned at the end of May? Published on the 16th June, three weeks after the new draft law on corporate governance was dropped, the new version of the AFEP–MEDEF Code introduces recommendations to changes in practice without disturbing any existing corporate governance structures. Given that controlling executive remuneration was one of President François Hollande’s campaign promises, the Clément-Houillon draft law had included a major focus on the “transparency of the corporate governance of large companies.” What are the French employer organisations now proposing? Analysis of the new AFEP–MEDEF Code reveals that where previously corporate governance mechanisms aligned executives’ interests with those of minority shareholders, they now focus more on a company’s “social interest.” This change in perspective is reflected in the definition of the role of the board and managers, and in the objectives of remuneration. It marks the end of the supremacy ofshareholder interests over those of the company and consequently, other stakeholders. However, the lack of clarity on what is meant by the “social interest of the company” denotes a certain freedom of interpretation to either only make profit for shareholders or expand its area of responsibility along the lines of the Brovelli-Drago-Molinié report on broadened CSR approaches, which was also handed to government in June. Furthermore, unlike the decree of July 2012, which capped public company executives’ pay to 450,000€, this time, the government has chosen the path of dialogue in favour of, according to Pierre Moscovici, the Minister of Economics and Finance, “demanding self-regulation” as opposed to legislation. To this end, the AFEP–MEDEF Code enhances the role of shareholders in corporate governance through, amongst other significant measures, the establishment of an advisory “say-on-pay” vote, giving shareholders the power to control remuneration without it being a legal obligation. One positive measure is the introduction of the notion of “long-term” in recommendations on variable remuneration mechanisms. Nevertheless, just like the notion of “social interest of a company”, the code offers little clarity as to the way in which companies should implement this. Today, bonuses, stock options and free shares are all indexed on performance criteria that are essentially quantitative – mainly financial – and remain short- term, a significant factor of the current crisis.
Although there had been support for including social and environmental performance criteria in executive director remuneration, no precise recommendation has been made regarding their consideration. This represents a key difference to the Clément-Houillon draft.
This is an area for France to explore if it is to provide truly

ambitious and reliable corporate governance measures. Indeed, the Brovelli-Drago-Molinié mission highlights the issue as a strong incentive to promote the integration of CSR issues at the heart of business strategies, and to act as a real lever for company performance and long-term value creation for all stakeholders. The consultative nature of an ex-post shareholder vote on remuneration does not reflect any real transfer of power, unlike an ex-ante vote on remuneration policies. Therefore, it is vital that this measure be supported by fruitful dialogue between stakeholders ahead of AGMs, particularly the fair correlation of remuneration structures to long-term value creation for the company. To this end, Mirova believes companies should clearly define the notion of “multi-annual” remuneration and establish evaluation periods of a minimum of three years for stock-option performance. In addition, we would like to see more precise industry/regulatory recommendations on the transparency of criteria, price scales and objectives linking all elements of remuneration to company performance, as well as ex-post transparency on their level of achievement. In a depressed economic and financial context, corporate governance issues are at the heart of concerns linked to the social pact. The new AFEP–MEDEF Code covers employee involvement in corporate governance in a specific chapter. But, in essence it merely provides a reminder of regulatory requirements, without much encouragement for increased involvement. One exception is the committee in charge of remuneration where it is advised that a director represents employees. Although there may be a lack of conviction in these proposals, we will hope thatthis development will be accompanied by a shared commitment by corporates and investors to implement constructive dialogue. Amongst the key features of the code is the creation of a High Committee for monitoring companies in the implementation of the Code’s recommendations. The committee, made up of seven people consisting of four issuers (companies), and three qualified investor representatives or those skilled in legal or ethical areas, may be referred to by boards for all code-related matters. The Committee can act if it finds that a company does not sufficiently justify the non-application of a recommendation, and it can propose updates to the code in light of changing national and international practices. It will also publish an annual report of its activities. However, the consultation launched by the Treasury in August 2012 on executive remuneration aimed to strengthen the effectiveness of France’s “comply or explain” regime via enforcement by an independent regulatory authority (e.g. the AMF regulator). There is a question mark over the future independence of the High Committee, whose composition raises serious issues of conflict of interest. The main measures introduced by the new AFEP–MEDEF Code are progressing in the right direction i.e. introducing the notion of social interest, employee participation in corporate governance, a shareholder advisory vote on remuneration, etc. However, this progress remains insufficient to prepare companies for the challenges they will face in a radically changing economic environment, subject to external pressures of an environmental and social nature. The introduction of more incentives to include CSR in business strategies, such as the creation of a dedicated committee at board level and the integration of environmental and social objectives in remuneration policies seems essential in this respect.
Zineb Bennani is Head of Governance & Engagement at Mirova, the responsible investment division of Natixis AM.