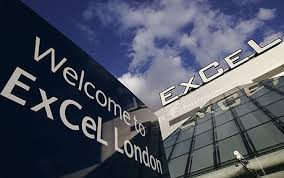 Some of the world’s leading investors are set to attend BP’s annual general meeting this week in person to support the ‘Aiming for A’ climate resilience resolution.

Helen Wildsmith, Head of Ethical & Responsible Investment at CCLA, who convened the investor coalition alongside the Local Authority Pension Fund Forum (LAPFF), is set to speak at the AGM – as is CalPERS’ Portfolio Manager Bill McGrew, who has led North American investor outreach on the issue as a member of the Investor Network on Climate Risk (INCR).

It comes as leading investors such as the BT Pension Scheme, Norway’s KLP and Denmark’s Unipension have become the latest to declare their support for the motion, which aims to get BP into the top band of environmental data body CDP’s A-E rankings. Today (April 14) is the last date to declare ahead of the BP AGM, which will be held in the cavernous ExCel site in London.

Other new supporters who have ‘declared’ on the eve of the oil major’s AGM on April 16 now include the BBCPension Scheme, the Derbyshire pension fund, the Joseph Rowntree Foundation, the Friends Provident Foundation, Hermes Investment Management (including its Equity Ownership Services arm), Canadian mutual funds group NEI Investments, the Ireland Strategic Investment Fund (ISIF), the Unilever Pension Funds and the Lincolnshire Pension Fund. Others were preparing to declare as RI went to press.

This follows earlier declared support from a range of leading international investors including the likes of Dutch giant APG Asset Management and many other leading funds. The initiative – which has the support of BP itself – has now reached 100 co-filers and declarers. For more information on the co-filers and supporters, please go the Local Authority Pension Fund Forum (LAPFF) website.

Rival Shell – which is also backing an identical resolution from the ‘Aiming for A’ investors – holds its AGM in The Hague on May 19. CalPERS will also attend this meeting as well as the AGMs of fellow oil giants ExxonMobil and Chevron, where the fund will, in the words of UKSIF, “encourage them to follow BP and Shell’s leadership”. Incidentally, Shell is holding its annual SRI meeting with investors today.