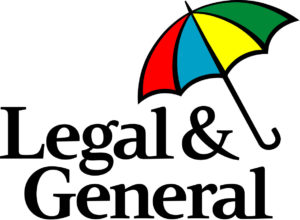 Legal & General Investment Management (LGIM) is working on developing UK ‘social pensions’ that would adopt a similar model to the French ‘fonds solidaires’ (solidarity funds) savings schemes where up to 10% of assets allocated to employee savings funds are invested in social projects.

Speaking to Responsible Investor, Graham Precey, Head of Corporate Responsibility at Legal & General Group – the parent company of LGIM – said it was working with £357m (€419m) social investor Big Society Capital on creating products based on the French model.

In France, fonds solidaires have to be offered as an option within company employee savings plans (Plans d‘épargne-d’entreprise: PEE) or collective savings plans (Plan d‘épargne pour la retraite collectif, Perco). They are known as “90/10” funds, with 5-10 % of the assets being diverted towards social finance projects for the long-term unemployed, housing and environmental or societal solidarity projects.

Savings into fonds solidaires have reached almost €6bn invested by almost one million French employees, in a broader social savings market now worth some €10bn.

As part of the work on developing a similar model in the UK, Big Society Capital has released a new report, Pensions with Purpose, that explores the views of UK defined contribution scheme savers. The research, undertaken by ComRes with 1,500 UK employees, finds that 46% feel it is important that pensions are invested in organisations that reflect their social and environmental values – with health and social care, environmental projects and housing coming in the top areas of preferred investment.

Precey said it was pleased the Big Society Capital research has demonstrated that consumers want to put long-term money to good use.

Legal & General’s CEO Nigel Wilson has been active on publicly driving the agenda of social pensions. He recently chaired a UK government-led review on mission led business that called for policy to enable social pension funds.

And Precey said Legal & General is also engaging with a Law Commission review on social investment by pension funds. The review, requested by the government will look at how far does or should the law allow pension funds to select an investment because it is thought that it would make a positive social impact and consider the legal or regulatory barriers to social investment.

In 2014, the Law Commission recommended that the government create a statutory power of social investment for charities, which enables charities to invest for lower financial return or higher risk where this advances the purpose of the charity.Last year, the UK government brought this forward in law. Precey said the statutory power gave clarity to charity trustees that they – if the mission is clear – have a responsibility to indirectly invest in line with the stated mission.

He said it would be good to have similar clarity for pension funds to be able to invest in line with the organisation’s mission also. He said Legal & General’s formal response to the Law Commission was looking at clarity around what kind of assets could be held in pension funds such as social impact bonds.

On Legal & General’s internal work on social pensions, Precey said it was in the midst of a “plumbing discussion”.

“We led the way on auto enrolment and responsible investment. And Big Society Capital has led the way on creating a social investment market. We are looking at what is possible in the framework for pension fund trustees.”

He said Legal & General was hoping to have good traction on this within 12 months and it was keen for other fund managers to join it.

“We’ve spoken to a couple of fund managers,” said Precey. “This has got to be a collaborative effort.”

NEST, the low-cost UK defined contribution workplace pension scheme, has welcomed Big Society Capital’s research. Big Society Capital says it has received expressions of interested from leading pension providers on social pensions and is calling for employers, pensions providers and fund managers to follow. It is also calling on the UK government to create an enabling policy environment for social pensions.

Speaking to RI, Simon Rowell, Senior Director, Strategy and Market Development, said this would be requiring pension funds to disclose the impact of their current investments and meaningfully seek the views of members on their values and where they would like their pension invested.

Also, it would be mandating all corporate employers over a certain size to offer at least one social pension option to their employees.

Big Society Capital is also involved in a taskforce on ‘social pensions’ set up by the UK National Advisory Board on Impact Investment whose members include Saker Nusseibeh, chief executive of Hermes and David Blood, co-founder of Generation Investment Management.