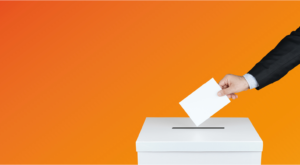 All UK asset owners should be offered the opportunity to set an “expression of wish” on how votes are exercised on their behalf in pooled funds, with legislation to force this if there is resistance and the market does not move quickly enough, a Government-established task force has recommended.

The Taskforce on Pension Scheme Voting Implementation yesterday released a series of recommendations on asset owner voting, and heavily criticised fund managers over their attitudes to allowing asset owners to vote and their own opaque voting policies.

While the report described legislation as “the nuclear option” and said it “looks a bit like Pandora’s box”, it said that there was “no alternative but to change the law” should the market not move to allow asset owners a say in how their pooled fund votes are exercised.

Based on conversations with market participants and a consultation it ran earlier this year, the Taskforce said that “many fund managers seem to offer very poor client service”, and that there were “significant problems with some stakeholder attitudes and the asymmetry of power between pension schemes and their agents”.

In its conversations with asset managers, a recurring response was that asset owners should move their assets if they were unhappy with asset manager voting, which the Taskforce said “speaks to attitudes of incumbency and complacency so worrying as to require comment”.

On the topic of split voting in pooled funds, the Taskforce dismissed arguments that there were significant regulatory and technical barriers, and said that none of the problems raised “appear material or insuperable”. However, it did call on the Financial Conduct Authority (FCA) to clarify that there would be no breach of fund rules if an asset manager acted on an asset owner’s “expression of wish” on how its votes should be exercised.

Furthermore, the Taskforce said the FCA, DWP and The Pensions Regulator (TPR) should “closely monitor delivery of vote reporting at fund or mandate level. If managers do not deliver by the end of 2022 the FCA should legislate or issue handbook guidance to deliver fund and mandate level-reporting.”

Meanwhile, asset owners did not escape criticism. According to consultation responses, just 31% of asset owners had set their own policy, and the report said that figure may well be smaller in reality due to the disproportionate number of large and active asset owners who responded. Some 41% of asset owners said they relied on the voting policies of their fund managers, while 28% used an overlay provider or trade association policy.

Previous reports by the Association of Member-Nominated Trustees (AMNT) and ShareAction have found that many fund manager voting policies do not make specific commitments on climate, human rights or ethnic and gender diversity. The Taskforce recommended that scheme trustees should either set their own voting policy, or explicitly accept responsibility for that of their managers.

The report also said that issues around allowing scheme members a say in how votes are exercised also need to be addressed. The shift from defined benefit to defined contribution schemes where members bear the investment risk means that “structure and attitudes which originated in the former system … are increasingly not fit for purpose”, it continued.

“It surely cannot be denied that savers who bear the risk have a right to understand and have a say over the stewardship of their assets”.

Georgia Stewart, Chief Executive at fintech Tumelo, which allows pension scheme members to cast advisory votes on resolutions at portfolio companies, said: "Savers who bear the risk should of course have a right to understand and have a say over the stewardship of their assets. As the report recommends, this does not mean schemes need to set a voting policy but they should demand transparency over and demonstrate more ownership of the stewardship policies carried out on their behalf, at least. And we believe schemes should strive to represent the views of their own membership (savers) in doing so".

"Companies may be controlled by fund managers, but both the assets and the future belong to investors, including ordinary pension savers. Underlying investors have a true interest in long-term investment thinking; most won’t retire for years to come. What matters to them isn’t short-term share prices but how companies manage their risks from and impacts on climate change, pollution, racial justice, and public health."

The independent Taskforce was set up in December 2020 by the Department for Work and Pensions to address issues with voting systems, it is chaired by Simon Howard, former CEO of the UK Sustainable Investment and Finance Association. Its other members include Maria Nazarova-Doyle, Head of Pension Investments at £170bn pension provider Scottish Widows and Leanne Clements and Janice Turner, both of the AMNT. The Vice-Chair was Sarah Wilson, CEO of Minerva Analytics.

Nazarova-Doyle said: “It is incredibly important for asset owners like us to have a voice when it comes to voting in pooled funds. A lot of our customers invest in these and our stewardship responsibilities cover all types of investments we make for them.”

“Having voting guidelines or an expression of wish in place with managers allows asset owners to have an impact and ensure that their sustainability preferences are taken into account when asset managers undertake voting and engagement activities”.

UK Pensions Minister Guy Opperman said that he would “study the findings closely”, and respond at the earliest opportunity.

The FCA and TPR did not respond to requests for comment. The Financial Reporting Council said that it welcomed the report. In response to a recommendation that the regulator increase the profile of voting in subsequent editions of the stewardship code, it said it recognised "that voting is an important way in which equity investors exercise their rights and demonstrate their stewardship activity to their clients and beneficiaries, and we will continue to encourage effective reporting of this by highlighting good practice examples of reporting and communicating our expectations where improvement is needed".