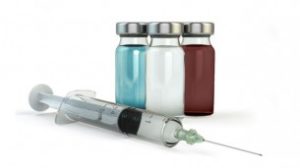 The risks for pharmaceutical companies

No pharmaceutical manufacturer would wish to be associated with lethal injections, particularly when the absence of suffering cannot be guaranteed. The use of medicines in executions clearly runs counter to the purpose for which these products were developed, i.e. to save and improve the lives of patients. Beyond the ethical issues, there are a range of business issues and risks to companies whose products are used in this way:
• The reputational damage associated with complicity in medical executions.
• The risk of litigation. For example, Hospira was the subject of a lawsuit brought by the family of a prisoner executed in Ohio using midazolam and hydromorphone made by Hospira. The prisoner took 25 minutes to die, having been slowly suffocated, in what has since been declared a ‘botched’ execution, constituting cruel and unusual punishment.• Being excluded from ethical funds or even from mainstream investment portfolios. In recent years, a number of investors have divested from companies associated with executions. For example, Unipension divested from Lundbeck in 2011, and the Danish Doctors Pension Fund divested from Hospira in 2013. It is important to note that both Lundbeck and Hospira have subsequently introduced controls to ensure that their products are not used in executions.
• Regulatory requirements: Companies wanting to manufacture in Europe must pay particular heed to distribution controls and ensure that all steps have been taken to prevent their medicines being sold to prisons for use in executions. Exports of any potential execution drugs are controlled as part of the EU Torture Regulation (Regulation (EC) No. 1236/2005, subsequently amended in 2011(EC No. 1352/2001) to include medicinal products). There is also a list of drugs that companies require permission from government regulators to export.

Where are we now?

The lethal injection landscape has changed dramatically in the last three years. This has largely been thanks to effective action by the pharmaceutical industry to prevent the use of medicines in executions in the US. Whereas prisons previously had an uninterrupted supply of execution drugs, they are now unable to find any willing suppliers of their ‘traditional’ drugs, and have had to either cease executions altogether, or turn to new, experimental and dangerous cocktails of execution drugs.
In 2011, Danish manufacturer, Lundbeck, was the first to put distribution controls in place on its product, pentobarbital, to prevent prisons from buying it for use in executions. Since then, other manufacturers, including Fresenius Kabi/APP, Hospira, Hikma/West-Ward, Merck, Purdue, Sagent Strides and Sandoz, have taken similar steps. While the specific details differ between manufacturers, they have the same underlying principles. Manufacturers appoint one
or a number of distributors, who are the only organisations allowed to distribute the drug(s) in question. The manufacturers then impose formal requirements on these distributors. These relate to the end purchasers/users of the drugs (e.g. there are generally prohibitions on selling directly to prisons or to third parties such as retail pharmacies who might sell the product on to prisons, there may be formal approval requirements for any new purchasers), on how the drugs are to be distributed, on ownership (e.g. Lundbeck retains legal control over pentobarbital until it reaches the end-user) and on record-keeping.
The controls are working. Prisons are now no longer able to purchase ‘traditional’ execution drugs. As a result, some have temporarily ceased executing prisoners. Others are now using compounded, rather than manufactured, execution drugs. Finally, a small number are turning to experimental new execution drug ‘cocktails’. This latter move raises the risk that other manufacturers will find their products used in lethal injections, and points to the need for these manufacturers to take a proactive approach to ensure their medicines are not used in executions.BNP Paribas Investment Partners’ call to end the misuse of medicines in executions

Most of the major producers of medicines that could be used in lethal injections have now adopted effective distribution controls that prevent their drugs being used in executions. However, four companies – Akorn, Sagent, Teva and Mylan – have yet to adopt such controls. In October 2014, BNP Paribas Investment Partners launched an engagement programme with the aim of encouraging these four companies to introduce effective distribution controls. BNP Paribas Investment Partners is inviting other institutional investors to support it in this engagement, with the first formal communications with these companies scheduled for January 2015. Further information is provided on the PRI Clearinghouse or can be obtained from Helena Viñes Fiestas