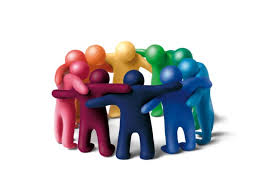 When Christiana Figueres led the climate negotiations that resulted in the Paris Agreement, many in our market rejoiced: COP21 had bucked the anti-climactic trends of previous COPs and put climate finance on the mainstream agenda. It cannot be ignored that the momentum built in the run-up to COP21, and since, has corresponded with an increase in the number of female climate negotiators and other actors: when Figueres announced the appointment of Sarah Baashan and Jo Tyndall as co-chairs of the talks last year, she reportedly said: “It is quite unsurprisingly two women who will take action forward”. For a period last year, the six most senior negotiating positions were filled by women – this figure now stands at four, with Mexico’s Patricia Espinosa replacing Figueres.
With this as its springboard, it is frustrating then to see that the High Level Expert Group on Sustainable Finance includes just seven women, making it almost two-thirds male. Its Chair is a man, the head of its secretariat is a man, and the two Vice Presidents of the European Commission who are endorsing it are men. At the launch of its interim report in Brussels, despite a fairly gender-balanced audience (as there often is in ESG), the 33 speakers invited to share their thoughts on stage looked like this: 29 men and four women. And there were no non-white speakers.
I haven’t spoken to a single person who doesn’t welcome the initiative shown by the Commission in creating HLEG. We’ve seen that it has already started inspiring similar ambitions elsewhere. The presence of two EU Vice Presidents and so many government figures and policymakers in that room in July illustrated that this is not a gimmick: it is a bold attempt to address issues of long-term stability in our financial markets. The early recommendations may have faced accusations of being too cosmetic, but they are just early recommendations and there is plenty of time for the final recommendations – and all the work that will follow them – to really start shifting the needle. But the foundations must be right: the people making the recommendations must not be diverse solely on professional grounds. It is important to represent different parts of the financial world to make these discussions more effective.But it is just as important to represent different parts of the society that this financial world belongs to. Recent world events have surely reminded us that you cannot have a sustainable financial or economic system if you do not have an inclusive one. And, if you listen to the UN’s own advice: “women’s inclusion at the leadership level has led to improved outcomes of climate-related projects and policies”. So why have they been so outnumbered at HLEG?

If the market wants ESG integration then it must begin at home: by insisting on gender equality within its key decision-making bodies

It is not because there is a shortage of female leaders in sustainable finance. I can point to female heads at the Principles for Responsible Investment, Europe’s International Investor Group on Climate Change, Aiming for A and Share Action – just off the top of my head. Women figure heavily among the founders of the green bond market, veterans of ESG data and ratings, and sustainability experts at Europe’s asset management houses, pension funds and insurance companies.
The responsible investment community must practice what it preaches, now more than ever. There are a number of investors on HLEG who have made explicit and exciting commitments to the Sustainable Development Goals – the UN’s wish-list for sustainable development, which includes Gender Equality as goal number five. Yet some of those same investors spoke on all-male panels at the HLEG event, as did many others leading the discussion on sustainable capitalism. If the market wants ESG integration then it must begin at home: by insisting on gender equality within its key decision-making bodies – in-house and externally. And refusing to participate in those that don’t provide it.
According to most recent data, more than half the EU’s population is female. If the Commission is serious about having a more joined-up, sustainable financial system, let that be reflected in those leading the debate around HLEG.