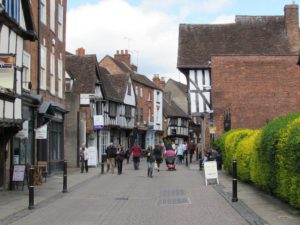 There’s further evidence of teething troubles within the UK’s ambitious pension pooling system with RI able to reveal that one member pension fund at one of the largest pools, LGPS Central (LGPSC), recently considered the “worst case scenario” option of leaving the pool in a row over budget issues amid less-than-forecast cost savings.

Published minutes at the member fund – Worcestershire County Council – referred to a “money no object” culture at the £40bn (€46.6bn) pool.

It led to a Worcestershire representative being given a list of demands to take to a meeting with LGPSC last month.

The six issues ranged from “concern about the culture of LGPSC, in particular the lack of focus on the views of the client pension funds” and the need for greater transparency in the funding arrangements of the pool.

There was also concern about the pool’s cost control mechanisms and a “lack of clarity” in the way it presents information.

The minutes speak of the financial position of the Worcestershire fund potentially being put in “an untenable position”.

“In the worst case scenario, the fund would enact the exit provision in the pooling arrangements although this had not been triggered by any fund to date,” the Worcestershire minutes say.

A LGPSC spokesperson said that the meeting in questions refers to “an early stage Draft LGPS Central Limited Business Plan which was discussed” and, in the event, the LGPSC business plan and budget was approved.

A spokesperson for Worcestershire in central England told RI: “Due to Worcestershire’s investment profile the original net savings were marginal compared to most of our partners… the latest indicative net cumulative savings reduced this to just above break-even.”Cost savings were the UK government’s key rationale for pooling in 2015. A person close to the issue told RI that some at the fund were “tepid” about pooling from the start and added that the government had “underestimated” the complexity of what it was asking funds to do.

The pool’s revised budget, which is the “result of staffing costs” and “launch budget”, according to the minutes, is understood to be partly in response to having to comply with the UK’s Financial Conduct Authority (FCA) – a regulatory hurdle that many of the eight new local government pension pool operators are grappling with.

Responding to concerns about the escalating costs, Michael Hudson, Chief Financial Officer at Worcestershire County Council, is quoted in the minutes as saying that the “initial business plan had failed to adequately include the transition and launch costs of the pool”.

A spokesperson for LGPS Central told RI that its “final business plan” had been “approved by all shareholders in February” and that this plan “identifies significant cost savings for all partner funds”.

The Worcestershire minutes also contain gripes about the “quality” of staff employed by the pool, described as a “mixture of external and TUPE appointments”.

TUPE – or Transfer of Undertakings (Protection of Employment) regulations – are UK protections for employees when a new business takes over, including when public workers transfer to a private company as is the case with the new pools.

Worcestershire’s spokesperson told RI: “We recognise that pooling is still at an early stage” but she added that “there are a number of areas where we would wish to see improvements over the next 12 months”.

These “areas of improvement” had been raised, she said and that the “cost sharing model” between the pool’s nine funds is “currently being reviewed”.

Though a source told RI that such a renegotiation would be “extremely tricky”, stating, “if you’re a winner, you don’t want to be giving away the win”.