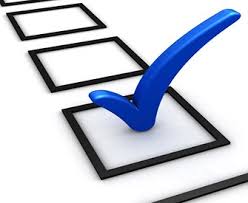 Executives from LGT Capital Partners, the funds house owned by the Princely House of the Liechtenstein, and Brazilian pension fund PREVI have been elected to the board of the Principles for Responsible Investment (PRI).

They take over from Geeta Aiyer of Boston Common Asset Management and PREVI’s Marcel Barros. Voting by signatories closed on November 28.

He is chairman of the ESG Committee at LGT and has been involved in sustainability at the firm since 2002, when he initiated the firm’s early efforts in integrating responsible investment into its private equity programs.

PREVI (Caixa de Previdência dos Funcionários do Banco do Brasil) was the first Latin American PRI signatory and in his candidate statement Madureira highlighted how his interest in developing responsible investment had encouraged him to seek the Certification by Banco do Brasil in Socioenvironmental Responsibility and Sustainable Development.Madureira’s candidacy was supported by ABP, CalPERS and Brazil’s Fundação Petrobras de Seguridade Social (Petros), the oil company fund that is second largest pension fund in Latin America. Sneyers was supported by the Netherlands’ MN.

The board members take up their positions on 1 January 2018 for three-year terms.

Meanwhile, the PRI has published a new review of the role of investment consultants in ESG. It found that many are failing to consider ESG “despite a growing evidence base that demonstrates the financial materiality of ESG issues to portfolio value”.

The report is based on interviews with 22 investment consulting firms and industry experts (primarily in the UK, the US and Australia), data from the PRI’s own reporting framework and other sources.

“It is time to reconsider what investment advice should look like as a part of a sustainable financial system that serves beneficiaries and individual investors,” said PRI Director of Policy & Research Nathan Fabian.