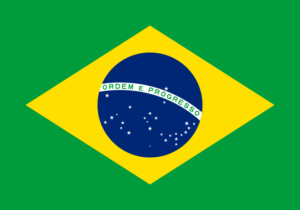 The Financial Innovation Lab, an initiative convening stakeholders from regulatory agencies and capital markets, has been set up to unlock the potential of sustainable finance in Brazil, with initial discussions leaning toward market-driven solutions, Responsible Investor understands.
The partners behind the Lab are the Inter-American Development Bank, Brazil’s capital markets regulator CMV (Comissão de Valores Mobiliários) and the association of all national development financial institutions (Associação Brasileira de Desenvolvimento or ABDE).
The initiative has also financial support from the Latin American and Caribbean Green Finance Exchange Platform and the Federal Ministry for Economic Cooperation and Development.
The Lab is discussing sustainable finance reforms through three working groups, one focused on green bonds, another one on green finance and a third on tools to promote impact investment.
Local ESG think-tank SITAWI has been tasked with coordinating the agenda and the meetings of the green bonds working group.
SITAWI’s Managing Director, Gustavo Pimentel, told RI: “The intent of the Lab is to convene the institutions that are real decision-makers in the markets, so whatever the topic is discussed, it is something participants would commit to address under their respective mandates.”
ABDE’s members such as BNDES (Brazil’s state-owned development bank), Caixa Economic Federal (also a state-owned bank and second biggest in the country), as well as Itaú Unibanco, are among the representatives from financial institutions.
The pensions regulator (Superintendência Nacional de Previdência Complementar or PREVIC), the insurance regulator (Superintendência de Seguros Privados or SUSEP), as well as the Ministry of Finance and the Ministry of Planning, are also involved in the working groups.In addition, investor groups are represented through investment associations such as the Associação Brasileira das Entidades dos Mercados Financeiro e de Capitais and the Associação dos Analistas e Profissionais de Investimentos do Mercado de Capitais.

Discussions about green bonds have been structured into three main themes: regulatory enhancement; self-regulation and private sector platforms; and public sector issuance.
According to Pimentel, discussions have touched upon whether green bonds should be regulated under new rules or just under existing ones, and whether fast track procedures for regulatory approval or other benefits for green bonds are advisable.
The working groups have also studied whether the stock exchange should create a specific listing segment for green bonds and whether there should be any private sector incentive mechanism.
“For example a fund to help issuers pay for second opinions, like the case of Singapore,” Pimentel said.
A possible Brazilian sovereign green bond is another topic on the table.
Pimentel explained, however, that there are some legal barriers, particularly to lock the use of proceeds, which are beyond the Treasury’s mandate, and therefore it would require legislation.

The Lab held its first meeting in August followed by a conference call in September and will meet again in person in November.

Pimentel said: “The consensus is that the markets should develop their own green project guidelines and that financial instruments could be labelled ‘green’ without creating a new type of instrument.”
As for fiscal incentives for green bonds, he said this would not be an option at a time when the government is introducing overall budget restrictions. “The trend is to lift subsidies for all sectors, rather than creating new ones.”

It is expected that the Lab will publish a report summarizing all its recommendations by the first quarter of 2018.