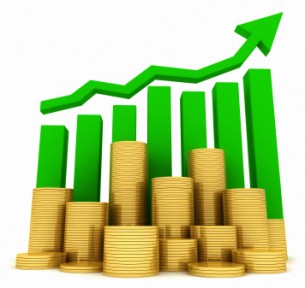 European retail investors have moved away from screened SRI funds to a more active themed and environmental slant over the last year, according to an annual breakdown of fund flows compiled for Responsible Investor by Lipper FMI, the investment data group. The breakdown of fund sales the year from May 2010 to April 2011 shows that green themed and norms-based European RI retail funds took in €4.8bn in assets over the twelve months. The fund class, labelled by Lipper FMI as ‘RI Extended’, includes those with multiple ethical exclusions, those following a norms-based strategy, and themed climate change and microfinance funds. Conversely, total receipts for RI Screened funds over the same period were negative at -€372.8m. RI screened funds, as they are labelled by Lipper FMI, are those that have undergone an ‘extra-financial’ ESG (environment, social and governance) screen in their stock selection process. However, the rise in RI Extended assets last year was tempered by the switch to SRI compliance of a funds family run by Storebrand, the Scandinavian financial services group. Three Storebrand bond funds, Global Stat, Global Kreditt and Stat A, accounted for almost €4bn of the annual growth. Other performing managers includedFrance’s Ofivalmo, whose OFI Trésor ISR fund took in €313.5m year on year. Swiss listed GAM Holding’s global equities fund took in €130.6m. And despite the difficult year for the RI Screened sector as a whole, a number of funds sold well. The best seller for the year was French manager Amundi’s Tréso ISR cash fund with receipts of €806.5m. Second was a balanced fund run by German funds group Deka, the Deka-Stiftungen Balance, which took in €469.2m. Third was US manager Vanguard’s SRI European Stock fund with sales of €394.8m. Equity funds took three out of the top 5 RI Screened sales spots.
The figures give some interesting breakdowns on the sales of different asset classes within sectors. Over the year, equity fund sales in the RI screened class rose (net sales of €107.8m in April 2011 against €-70.1m in April 2010), while bond sales have on the whole remained lethargic (€-76m in April 2011 compared with €-85.1m in April 2010). For RI Extended funds the equity recovery was more prominent (€420.3m positive in April 2011 against a €-351.1m loss in April 2010). However, bond sales appear to have fallen off on the year (€-153.7m in April 2011 against a positive €94.4m in April 2010).
For fund flows tables see downloadable documents – left hand column