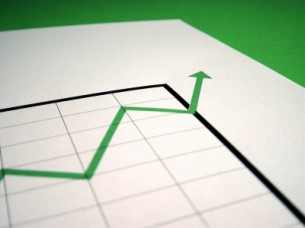 Investors pulled a total of €387m ($557m) from European SRI funds in June as the market sell off in mainstream equity funds impacted as heavily on their SRI peers, according to figures compiled for Responsible Investor by Lipper Feri, the investment data group. Outside of the top ten best selling funds, which all recorded positive inflows, the investor exodus was dramatic with the rest of the fund universe losing €847m in client assets over the month. Nonetheless, inflows into SRI funds over the first six months of the year remain positive at €1.8bn, albeit well down on the inflows of €9bn in 2007.
Notably, the top selling SRI fund for June was a bond fund, France’s Fédéris Obligations ISR, which managed to pull in estimated sales of just under €50m. It showed investors seeking a safe haven from stock market turbulence. Second place was Allianz’s AGF Valeurs Durables fund, with estimated net new money of €43.3m. Belgian fund manager KBC’s EquiPlus Head StartSustainables 07 fund was third with sales of €42.6m. Europe’s largest SRI fund remains Swiss manager SAM’s Sustainable Water fund with just under €1.6bn in assets
Investor appetite for green funds also came off dramatically during June with total sales for the sector reaching just €28.1m, against €758.2m for the month of May. Again, inflows into green funds for the first six months of 2008 were positive at €379m, but a far cry from the impressive €7.1bn that was invested in the sector in 2007. June’s best selling green fund was SAM’s Sustainable Water Fund with sales of €26.1m. It was followed by BNP Paribas’ Easy ETF FTSE ET50 Environment fund which netted €25.3m. In third spot was Swiss funds group Vontobel’s Fund-Global Trend New Power Tech, which took in €20m. The largest pure green fund in terms of size remains BlackRock’s Global Funds – New Energy Fund, which has €4.4bn in assets.
See downloads (left) for monthly SRI/Green flows